Two men have been sentenced to 14 years each after being found guilty of the gang rape of a woman. DNA from both defendants was found at the scene.

⚖️ Two men have each been sentenced to 14 years in prison for the gang rape of a woman in the centre of Farnham.
MORE: https://t.co/GHpxzJIj9g

Gareth Morgan, from the CPS, said: “This was a truly appalling attack that targeted an extremely vulnerable woman, who had the misfortune to find herself alone and came across the defendants in the street.

“Witnesses at the scene confirmed that and one of the defendants even admitted in a police interview that she was drunk, meaning he realized she was incapable of consent, and that he had failed to call for any form of assistance for her.” 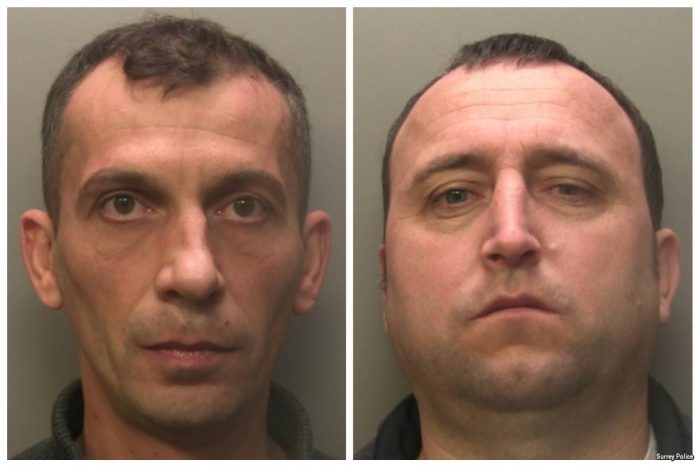 The CPS bulletin said that Ionescu and Dragoi were each convicted of three charges of rape and sentenced to 14 years apiece — but how long they will actually spend in prison is unclear.

Firstly, if given standard determinate sentences, they will both be eligible for automatic release on licence after just seven years.

Secondly, it is not clear whether the pair were given 14 years for the three charges, or it the figure of 14 years is arrived at by adding up three separate sentences for each charge.

It is common in the English criminal justice system for judges to decide that criminals given multiple sentences should serve them concurrently — i.e. all at the same time — rendering all but the longest essentially meaningless and the reported, cumulative term length misleading at best. More

What do you expect to happen when you let in thousands of men who come from cultures where women are looked upon as property and have no real rights. Did you expect them to conform?

Congratulations Europe, in another couple of decades you will be the minority. Don’t ask the United States for help, we have our own country to retrieve from the globalists. Thank you for showing us what globalization really gets you.