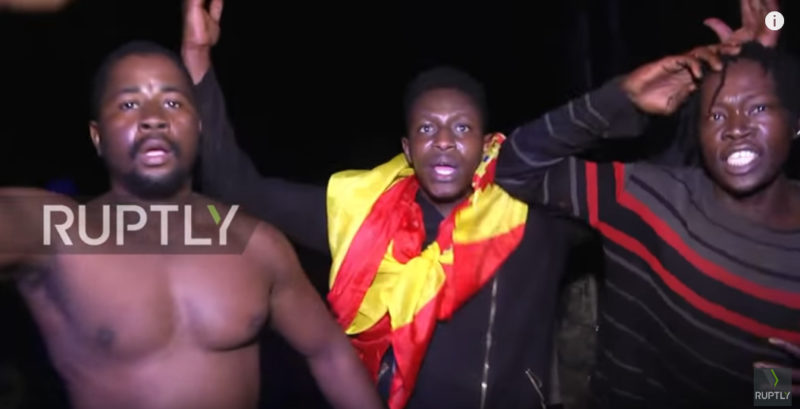 Insane. Around 700 refugees stormed a border fence in an attempt to reach Spain’s North African enclave of Ceuta. This is only the beginning, because there is a tsunami on the way.

Around 700 migrants stormed a 20-ft. security fence that separates Morocco from the Spanish enclave of Ceuta.

The regional government said almost 500 of them made it across the razor-wire barrier and into the Spanish territory. Two migrants were hospitalized and 11 police officers were injured in the assault.

The migrants cheered after they successfully entered the European Union. More