It all makes so much sense now! Hell hath no fury like a woman scorned. Just sayin’!

She’s got to be just seething after President Trump’s face-lift tweet. Jilted women can be very vindictive and they start showing their true colors. To bad snowflake, just deal with it already.

TGP by Joe Hoft: Despite the dust-up this week it is now being reported that Mika Brzezinski has a hidden crush for President Trump. 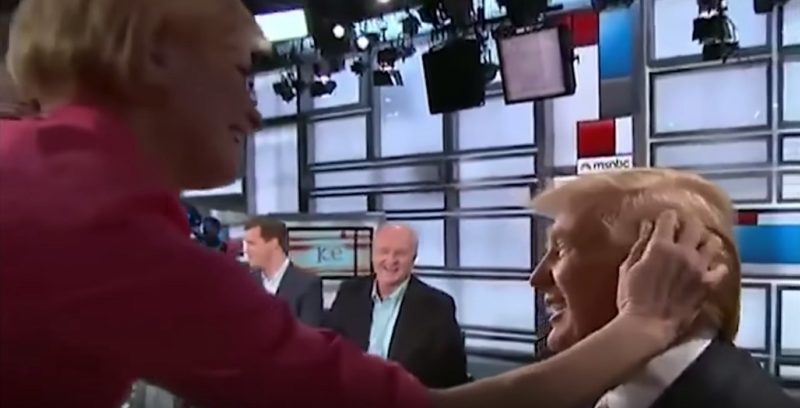 In a video from prior episodes of the ‘Morning Joe’ Show, Mika is pictured flirting with then citizen Trump.  The future President said to Mika after she commented on his speech at CPAC that he was “pretty good”:

What do you mean pretty good? You know you loved it!

The #CRUSH #MSNBC‘s Mika Brzezinski is a gushing
Clearly, she’s got it bad for the Don, Don https://t.co/IG8JNCaFzB pic.twitter.com/WCPo5Oc3vw

Other clips show Mika all over President Trump at other times when the future President joined the morning show.

This video is BRILLIANT!

If Mika does have a secret crush on the President she must be heartbroken from his recent tweets.

…to Mar-a-Lago 3 nights in a row around New Year’s Eve, and insisted on joining me. She was bleeding badly from a face-lift. I said no!