Beauty, brains, and common sense. She’s amazing! Finally, a beautiful and smart woman who doesn’t conform to the sexist ideology of feminism!

What a wonderful example and role model, not just to the black community but to everyone. Naturally, she will be slandered by the left.

The beauty works in the US Nuclear Regulatory Commission as a chemist. 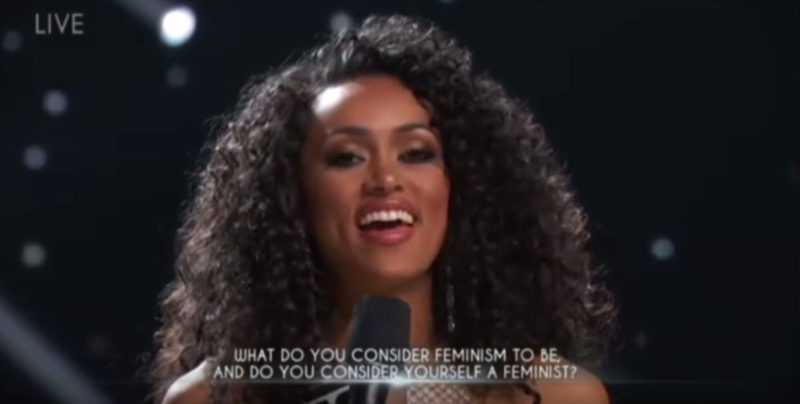 Tonight during the question and answer section Kara told the audience healthcare is a privilege and not a right and that creating jobs is important. She said feminism is man-hating.

New #MissUSA says healthcare is a privilege and not a right, and that she’s an “equalist” not a feminist! Beauty and brains. She is amazing! pic.twitter.com/O4iyaY67xr

Of course, the social justice warriors were not pleased with the contest winner.

Huge fan of #MissUSA being a black woman and a scientist and advocate for science education, but dang she could use a class on social issues

Jersey was ROBBED! I was on board with D.C. until she gave that sad, uneducated answer on healthcare. Nope!! #MissUSA

A brown girl won #MissUSA but she thinks affordable healthcare is a privilege and feminism is man-hate so she’s cancelled. #ByeGirl

What. Noooooo. This is the first #MissUSA I don’t approve of. Her answers showed she is uneducated on women’s & health care issues 😒😫