Can you just imagine what would have happened if a Republican, white, female Congresswoman had said this exact same thing about Obama?

Missouri Republican Gov. Eric Greitens says that the state Senate should remove Democratic Sen. Maria Chappelle-Nadal if she refuses to resign for writing in a now-deleted Facebook post that she hopes President Donald Trump gets “assassinated.” 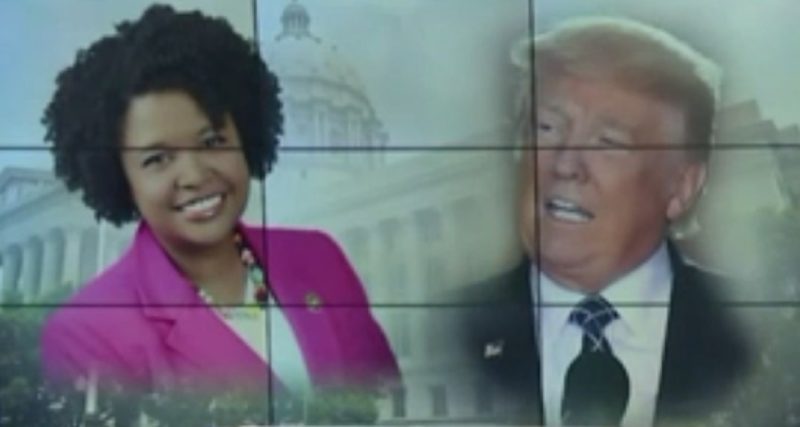 “Senator Chappelle-Nadal said she hopes the President is killed. Republicans and Democrats have called on her to resign. Her response: ‘Hell no.’ Last night, in an interview, she refused to apologize–twice. If she will not resign, the Senate can vote to remove her. I believe they should,” Greitens wrote Friday in a series of tweets.

Her response: "Hell no." Last night, in an interview, she refused to apologize—twice.

The governor’s call for Chappelle-Nadal’s removal from office came after the St. Louis Democrat wrote in a Facebook comment Thursday that “I hope Trump is assassinated!” Chappelle-Nadal later deleted the comment.

“I put that up on my personal Facebook and I should not have,” Chappelle-Nadal said. “It was in response to the concerns that I am hearing from residents of St. Louis. I have deleted it, and it should have been deleted, but there is something way more important that we should be talking about,” Chappelle-Nadal said in an interview with the St. Louis Post-Dispatch.

“I didn’t mean what I put up. Absolutely not. I was very frustrated,” Chappelle-Nadal said.

Missouri Republican Lt. Gov. Mike Parson, who is also president of the Missouri Senate, said that Chappelle-Nadal should resign but revealed what he’s willing to do if she does not.

“Many Republicans and Democrats have asked for her resignation. For her to continue to serve as a Missouri state senator is totally unacceptable,” Parson told KTVI-TV. “There are ways to remove her from office but I think she should take responsibility for her actions and resign. Read more at The Blaze.

I am not resigning. When POC are respected by this WH & they are willing to do real work, I'll sit down with them. People are traumatized! https://t.co/rmsL4pQSTg