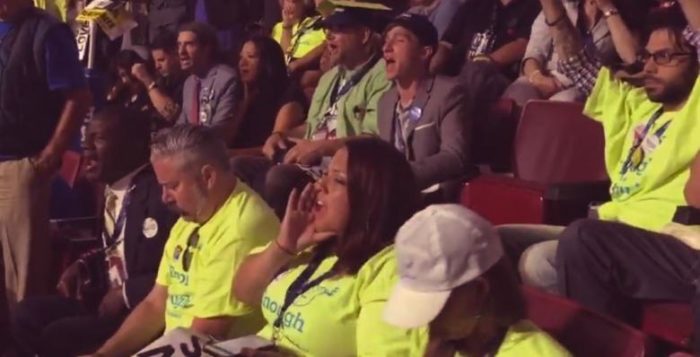 A moment of silence for fallen police officers at the Democratic National Convention was rudely interrupted by shouts of “Black Lives Matter.”

The moment of silence was led by Dallas County Sheriff Lupe Valdez, whose city saw five police officers killed and seven more wounded in an ambush earlier this month.

Brad Mielke reported that some other attendees waved off the chanters.

After moment of silence for fallen police officers, scattered chants of "Black Lives Matter." Some waving them off: pic.twitter.com/fou6yXdAQB

Afterwards, Valdez introduced family members of officers recently slain to the stage to recount their relatives’ lives and sacrifices. They received a standing ovation from the crowd.