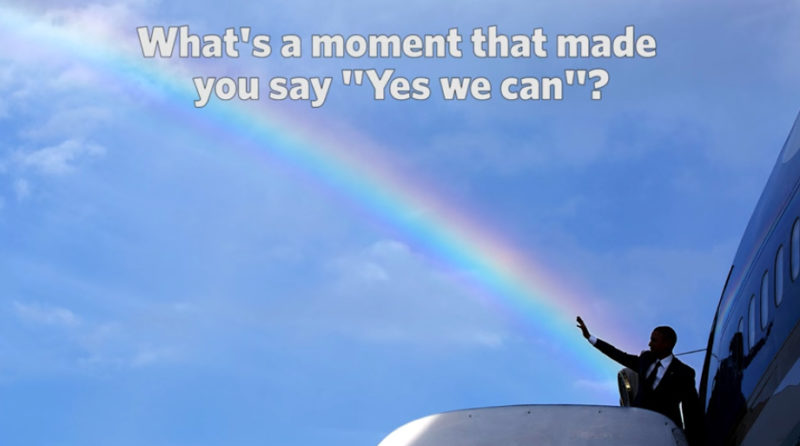 They all had the same reaction when Fidel died.

Hope they really enjoy the next four years…

Celebrities, activists and others gave an emotional goodbye to President Obama in a new video by the White House titled “Yes We Can: Your Most Memorable Moments from the Obama Presidency.”

The video features figures including Leonardo DiCaprio, Tom Hanks, Jerry Seinfeld and Ellen DeGeneres, all sharing some of their favorite moments with the president.

“I never cried before, from an election result,” singer John Legend says in the video.

“When I was at the U.N. and I heard our president say that climate change is the most important issue facing, not only this generation but also future generations, it was inspiring,” DiCaprio said. More