Judge Roy Moore accuser Deborah Wesson Gibson was caught scrubbing her Facebook page of anti-Trump, anti-Moore postings. This is proving to be another failed coordinated political hit piece. I’m just gonna sit back with a big bowl of popcorn, and watch her get burned for lying.

Breitbart.com reported: A woman who alleges that she engaged in a legal and consensual but inappropriate relationship with Republican senatorial candidate Roy Moore has deleted multiple political postings from her Facebook page. 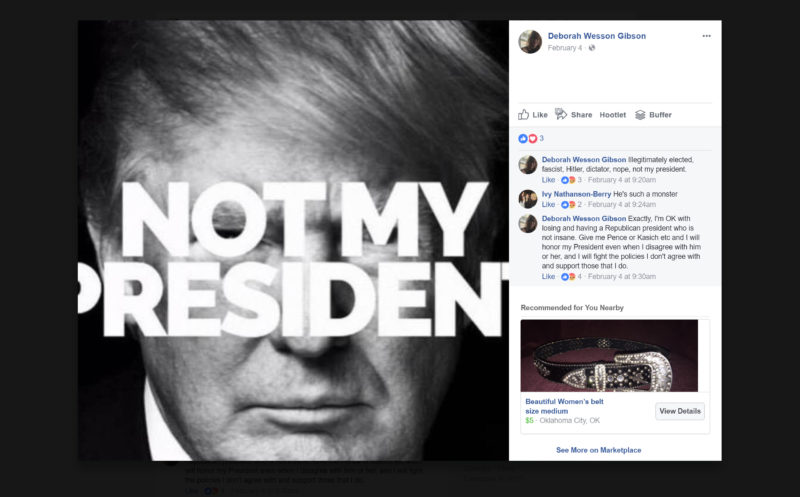 Some of those postings by Deborah Wesson Gibson were critical of Moore while one was related to Moore’s Democratic opponent, Doug Jones.

One posting shows a picture of Gibson with Vice President Joe Biden and says that she did work for him in 2012. One older version of that image is still on her page while another more recent posting of that same image in response to a posting from Jones’s official campaign Facebook page was removed, but was captured by Breitbart News.

Reached by Breitbart News, Gibson said that she has no comment on the removals of her Facebook posts.

Other posts still active on her page repeatedly urge the immediate removal of President Donald Trump from office and show that Gibson “likes” far-left activist groups. She also pushed a petition drive to remove Steve Bannon from the National Security Council last February when Bannon was serving as the White House chief strategist.

Gibson was one of three women quoted in the Washington Post claiming that Moore pursued and or dated them when they were between the ages of 16 and 18 and he was in his early 30s. The age of consent in Alabama is 16. The fourth woman claims that when she was 14, Moore engaged in sex acts with her.

The Washington Post did not disclose these details in their hit piece on Judge Roy Moore.

On Friday, Newsmax columnist James Hirsen tweeted the “Washington Post failed to disclose that one of Moore’s accusers was a sign language interpreter for Joe Biden and is a volunteer for Moore’s Democrat opponent.” 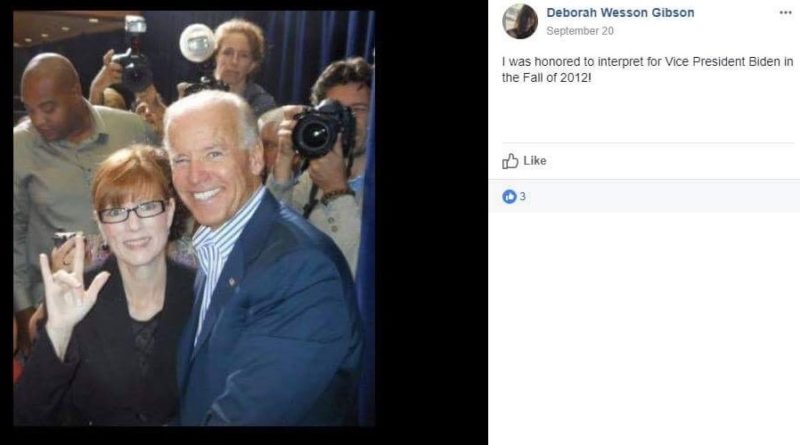 The Washington Post failed to disclose that one of Moore's accusers was a sign language interpreter for Joe Biden and is a volunteer for Moore's Democrat opponent.

While The Gateway Pundit cannot confirm Gibson is a volunteer for Doug Jones, we found Facebook posts that suggest she is a Democrat who wants to see Doug Jones become Alabama’s next Senator.

Here is Gibson working at Clinton’s campaign stop in Alabama: 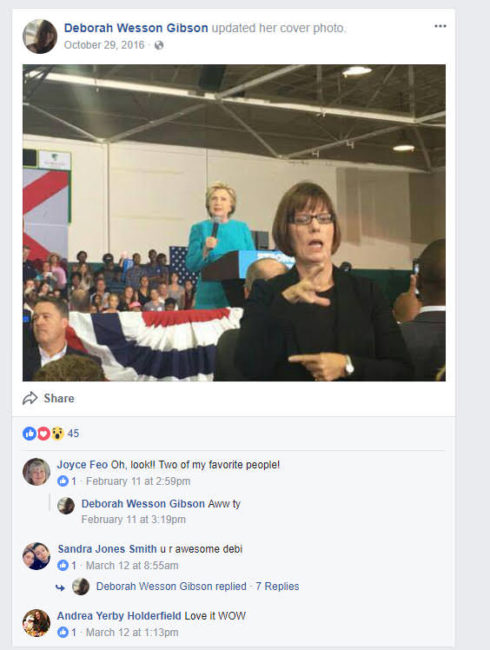