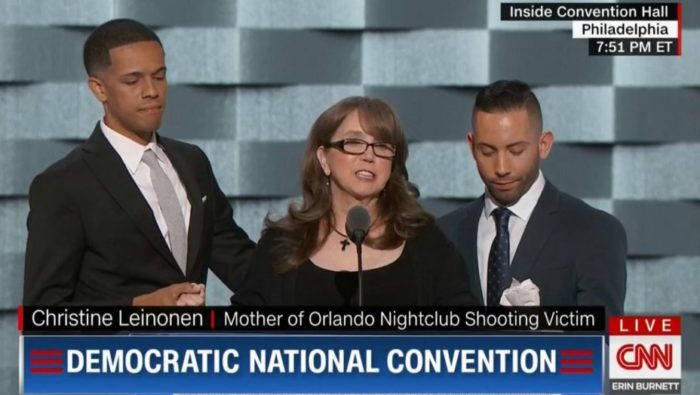 Why is her speech only about how many rounds the gun can shoot? The gun doesn’t pull its trigger alone or aim its self at innocent people. Why are we not talking about the disease that is Islam, running rabid in our country? Why are we not putting more emphasis on the hatred towards other people? Why is it only about how many rounds a guns shoots per minute? Surely this mother, who was a former state trooper, understands that it is a person who decides to go on a shooting rampage, not a gun. And even if those types of guns were not available legally, I am sure they could buy one illegally or use a different weapon.

No, my dear, the weapon doesn’t have any greater capacity than any other gun. One bullet per trigger pull. “The weapon” didn’t murder your son, the Islamic terrorist did.

The So-Called ‘For the People Act’ Would Make Elections Akin to Those of Venezuela, the Old Soviet Union, or North Korea
March 5th, 2021 TCP News
SHARE