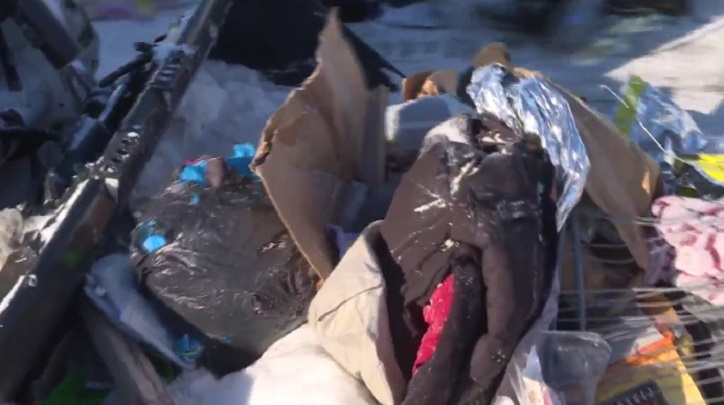 Hypocrites! Is it almost like they were paid to be there and folded up shop as soon as the money dried up? Imagine that…

People who claim to care about the environment left enough evidence behind at a recent protest site to make others wonder about their sincerity.

“It’s unfortunate,” one man said. “It goes against what they’re fighting against — leaving that stuff and abandoning it.”

One hundred people have been helping to clean up the mess. Locals think it will take “weeks” to get rid of all the waste. They’re being forced to chip away at snow and ice that has been buried by the protesters. More