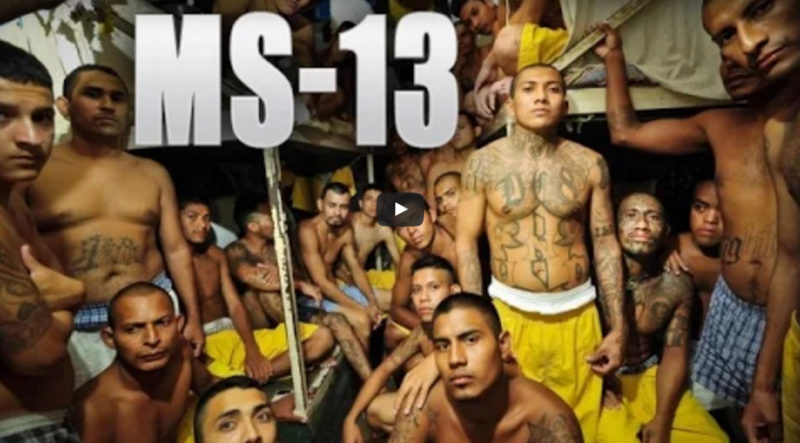 What really burns me up is these animals are being protected by American sanctuary cities all while terrorizing innocent people.

These are the ‘bad hombres’ Trump was talking about. They have no conscience and think prison is a joke. They come here and draw welfare checks, steal, terrorize, and kill. They have no place here.

The El Salvadorian criminal enterprise MS-13 which saw two of its members sport sickening smiles in court for the ‘satanic’ kidnap and murder of two female teens in Houston is estimated to have between 10,000 and 20,000 members nationwide.

MS-13, also known as Mara Salvatrucha, is believed to have a presence in 46 states according to an independent study done by the University of Pennsylvania.

The gang is thought to be behind a string of murders and violent crimes although the exact figures are not known.

Thirteen alleged members, ten of whom are illegal immigrants, were arrested in connection to seven slayings in Long Island over the last year.

The latest murders have begun to push into the public eye the decades of evil perpetuated by the group – and the terror of those living among it which sees female members inducted by being gang raped. More