Spoiler alert: The tree was dead, dangerous and falling down, already being propped up for years with cable and no longer safe to be around.

So, why the misleading headlines? Just taking the opportunity once again to bash the Trumps, right?

Experts determined it was no longer right to keep it there and Melania explored every possibility to save it, but it was too far gone.

“After reviewing the reports, she trusted that every effort had been made to preserve the historic tree and was concerned about the safety of visitors and members of the press who are often standing right in front of the tree during Marine One lifts.” 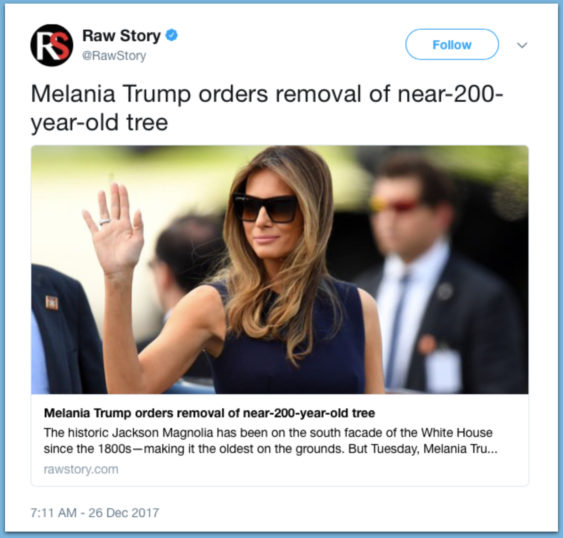 Melania Trump has reportedly requested that the wood from the tree, which is the oldest on the White House grounds, be preserved. The White house groundkeepers have apparently been preparing for this day and have been growing several offshoots of the tree that are “now somewhere around eight to 10 feet tall,” reports CNN. The plan is that one of those offshoots will eventually be planted in its place so another Jackson Magnolia that was taken directly from the original can grow in the same spot. Read more at Slate.com. 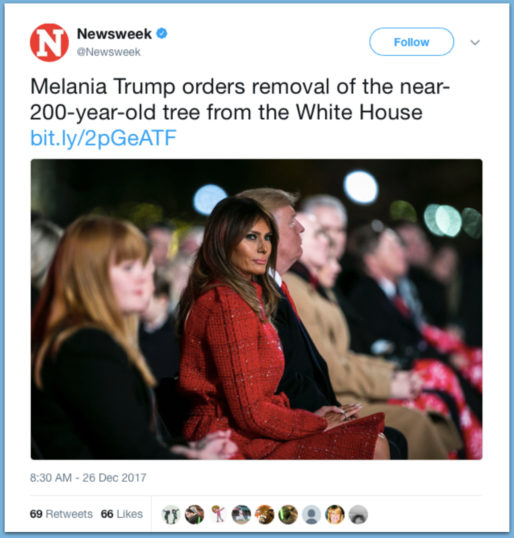 The documents read in part: ‘The overall architecture and structure of the tree is greatly compromised and the tree is completely dependent on the artificial support.’ 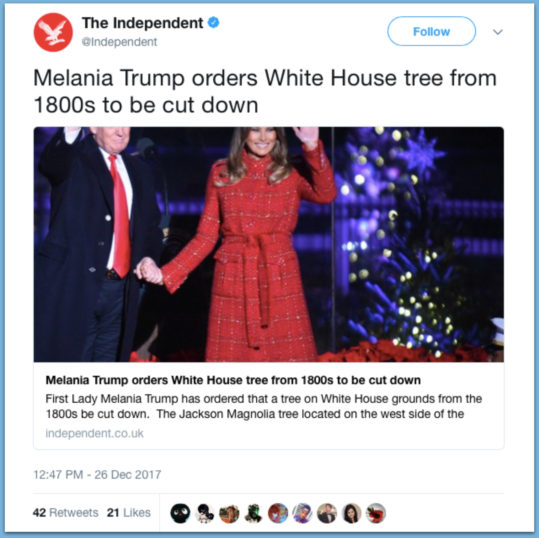 ‘Without the extensive cabling system, the tree would have fallen years ago. Presently, and very concerning, the cabling system is failing on the east trunk, as a cable has pulled through the very thin layer of wood that remains. It is difficult to predict when and how many more will fail.’ Read more: Read more at DM. 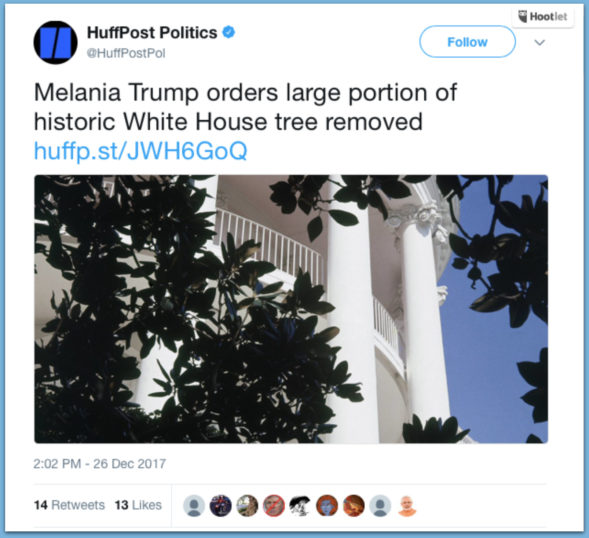 But hey, but the truth isn’t such a clickbaity headline… Just better to stoke the hatred of Melania some more.