The Obama regime are the real criminals & everyone knows it. Mueller is in place merely to stop anyone from acting on it… His interest is in protecting the Democrats from their corrupt and criminal actions.

Mueller represents everything that is wrong with Washington. 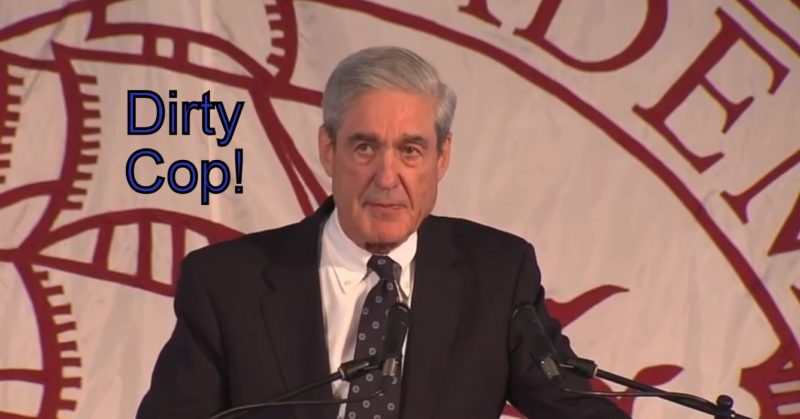 According to Rush, the reason the Mueller investigation keeps hiring people is because they can’t find a crime.

Mueller’s investigation is based on a lie and Obama used the same lie to get Trump investigated.

What Rush concludes is that he wouldn’t be surprised if Mueller is uncovering plenty of crimes by the Obama Administration.  Rush is right. The Obama Administration has a track record of dishonest and criminal actions while Obama was President so the likelihood that Obama oversaw hundreds of illegal spying activities cannot be far from the truth.

In order for the Obama team to illegally spy on individuals, it had to involve abuse of the FISA court.  The FISA Court was put in place in 1978 when Congress enacted the Foreign Intelligence Surveillance Act (FISA):

The Court sits in Washington D.C., and is composed of eleven federal district court judges who are designated by the Chief Justice of the United States. Each judge serves for a maximum of seven years and their terms are staggered to ensure continuity on the Court. By statute, the judges must be drawn from at least seven of the United States judicial circuits, and three of the judges must reside within 20 miles of the District of Columbia. Judges typically sit for one week at a time, on a rotating basis.

Pursuant to FISA, the Court entertains applications submitted by the United States Government for approval of electronic surveillance, physical search, and other investigative actions for foreign intelligence purposes. Most of the Court’s work is conducted ex parte as required by statute, and due to the need to protect classified national security information.

We know that every single judge on the FISA Court from May 2016 through President Trump’s inauguration was appointed during Obama’s Administration and all were still on the court through May of 2017.

We know that current Chief Justice John Roberts appointed all the judges to the FISA court.  Judge Roberts is famous for supporting Obamacare in two radical positions, one of which Justice Antonin Scalia, in his withering dissent, refered to as “applesauce”.  Knowing this, it is concerning that Judge Roberts is responsible for the makeup of the current FISA court.

We know that according to ABC News:

More than a thousand applications for electronic surveillance, all signed by the attorney general, are submitted each year, and the vast majority are approved. From 2009 to 2015, for example, more than 10,700 applications for electronic surveillance were submitted, and only one was denied in its entirety, according to annual reports sent to Congress. Another one was denied in part, and 17 were withdrawn by the government.

We know that Lynch requested that the Head of the FBI, according to his sworn testimony, refer to the Clinton email investigation in 2016 as a ‘matter’.  Lynch also later released a video calling for the need for more marching, blood and death on the streets.  Perhaps this was her asinine attempt to overthrow the government so she doesn’t go to jail.

We know that the Obama Administration spied on reporters like Sharyl Attkisson and others who condemned the Obama Administration.  Susan Rice spied on Trump officials and requested their unmasking.  Obama’s CIA Director John Brennan targeted Americans to spy on.  Obama UN Ambassador Samantha Power sought to unmask over 260 Americans in 2016.  Why would a UN Director ever need this information?  Obama’s former DNI Director James Clapper, famous for lying in front of Congress and denying that the US spied on Americans in the movie “Snowden“, denied knowing that Trump’s former campaign manager Paul Manafort was spied on after stating he would absolutely know if a FISA warrant existed.

Even a low level former Assistant Defense Secretary admitted spying on Trump and leaking to the press.

Many if not all these actions by the Obama Administration were politically motivated and therefore criminal.

Spying, lying and denying under oath are all criminal acts.  It will be another crime for the Mueller investigation not to bring charges against the Obama Administration.

So It Begins... Owner of Historic US Clothing Company Pulls Ads From NFL Games