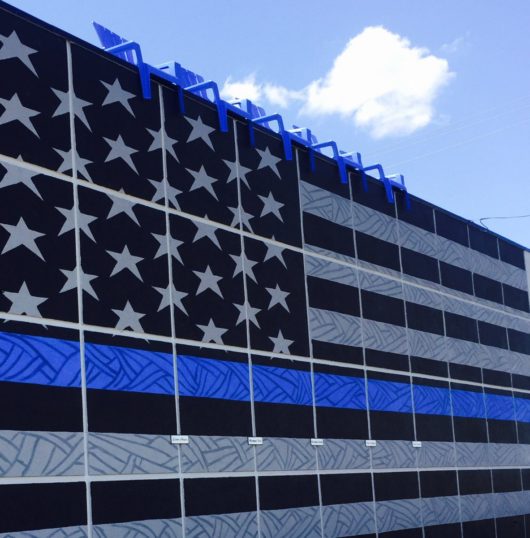 What a beautiful mural honoring the 5 officers killed in Dallas last month. This will be a place to remember the fallen officers for years to come.

It depicts a black and white American flag, with a thin blue stripe underneath the stars.

On top of the mural, there are five empty blue chairs that represent the fallen officers.

LoBaido told WFAA that he created the mural so that there is something permanent in the city where people can reflect and honor the brave officers who gave their life to protect the city of Dallas.

The mural dedication concluded Sunday when five blue balloons were released to honor the officers.

Judge Nap: Hillary Is 'Maintaining the Facade That She's Been Telling the Truth'