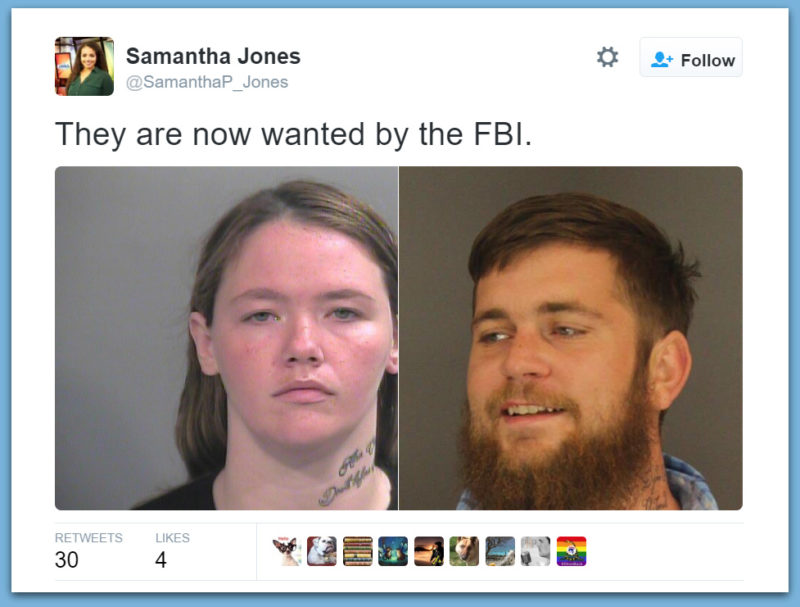 They are now the focus of a manhunt by the FBI and Fayetteville Police Department, KNWA News reported.

KFSM News reported that on May 24 the couple was at Mel’s Diner in Praire Grove, when Alan Crawford became angry with the waitress for slamming the door between the kitchen and the dining room, the arrest warrant stated.

Following that, he reportedly said “Only a Christian would treat them like that,” and became angrier because he claimed his order was taking too long and he felt the food was too expensive.

Prior their exit from the diner, the affidavit stated, Daphne Crawford told the waitress, “People like you are the reason we kill.”

The Crawfords made more threats on social media, including Daphne Crawford threatening one woman that Alan Crawford would kill her with an AK-47. Mrs. Crawford sent the intended victim a photo of her husband, KFSM reported, kneeling while wearing traditional Islamic garb and holding a firearm.

Alan, who allegedly made other threats previously, was arrested on June 16 and later released. The couple is still at large. 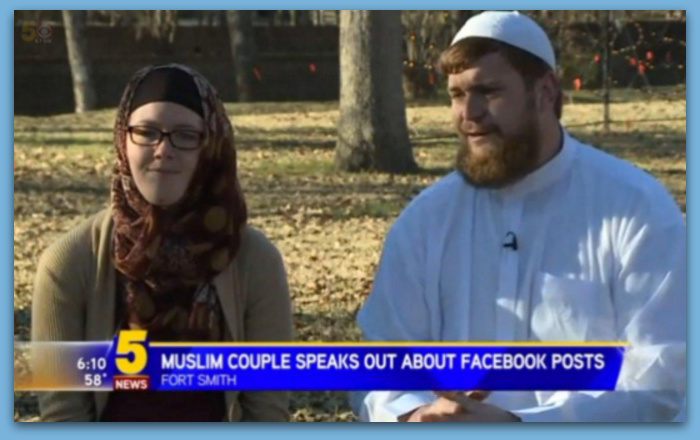 Orlando Terrorist Attack Prompts Some To Come Out... For Trump