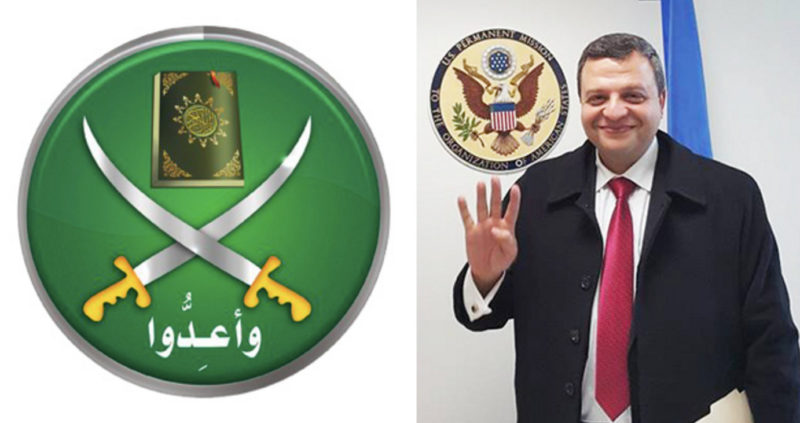 The Muslim Brotherhood is peddling sharia as “social justice.” But here are 13 reasons why they are really a terrorist organization! Read here.

Gehad el-Haddad, official spokesman for the Muslim Brotherhood (MB), is on a mission to rewrite the terrorist and radical history of the MB. He seems to be doing this for the consumption of naïve Americans. These seem only too willing to believe — in the name of tolerance, diversity and trying to be non-judgmental — that an organization whose ultimate goal is the supreme reign of Islamic sharia law everywhere — if necessary through violent jihad — could possibly value anything even approximating equality and the rule of (non-sharia) law.

“We are not terrorists,” wrote el-Haddad in a recent article in the New York Times.

“The Muslim Brotherhood’s philosophy is inspired by an understanding of Islam that emphasizes the values of social justice, equality and the rule of law… We believe that our faith is inherently pluralistic and comprehensive and that no one has a divine mandate or the right to impose a single vision on society… Nothing speaks more to our unequivocal commitment to nonviolence than our continued insistence on peaceful resistance, despite unprecedented state violence”.

The “faith”, which el-Haddad avoids naming, is Islam. The very essence of Islam, as sanctioned in the Quran and the hadiths, however, seems to be the belief in a divine mandate to impose the single vision of Islam on the world — if necessary, through violent jihad. More