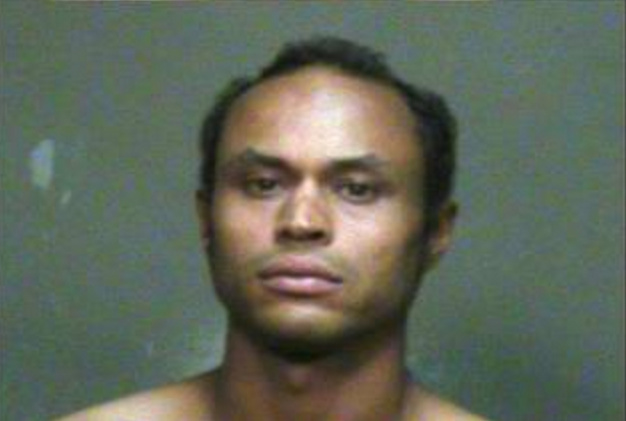 What was this man trying to accomplish by sending this letter to the mosque and painting graffiti on the business next door to the mosque?

An Oklahoma City man was charged Wednesday with a felony after he allegedly sent a threatening letter to a mosque containing a white powder meant to be mistaken for anthrax.

Justin William Bouma, 32, was charged in Oklahoma County District Court with the rarely filed felony count known as the crime of terrorist hoax. Bouma also was charged with one misdemeanor count of malicious injury and destruction of property.

Prosecutors allege Bouma sent the letter to the Islamic Society of Greater Oklahoma City on June 1. The imam at the mosque, 3815 N St. Clair Ave., contacted the FBI after opening it.

After testing the powder, the Oklahoma City Fire Department determined it was harmless. Police reported the powder was potassium perchlorate.

Bouma admitted to police on Aug. 18 he sent the “anthrax” letter to the mosque, police reported in a court affidavit.

Bouma “purchased some cheap detergent and placed it in the envelope,” according to the affidavit. Police reported threats in the letter were cut out of a magazine and a newspaper.

On Aug. 11, OK Halal Meat & Grocery, a Muslim-owned store adjacent to the mosque, had anti-Muslim sentiments spray-painted on the back.

Bouma admitted he painted the store but said the imam told him to, the affidavit states.

The graffiti referenced the Council on American- Islamic Relations, also known as CAIR. One statement said “CAIR not welcome.” Other remarks were crude and the terrorist group ISIS was mentioned.

Bouma reportedly attended the mosque in the past. Bouma became a suspect after authorities discovered threatening emails he had sent to mosque members, police reported.

Bouma has been held in the Oklahoma County jail since Aug. 18.