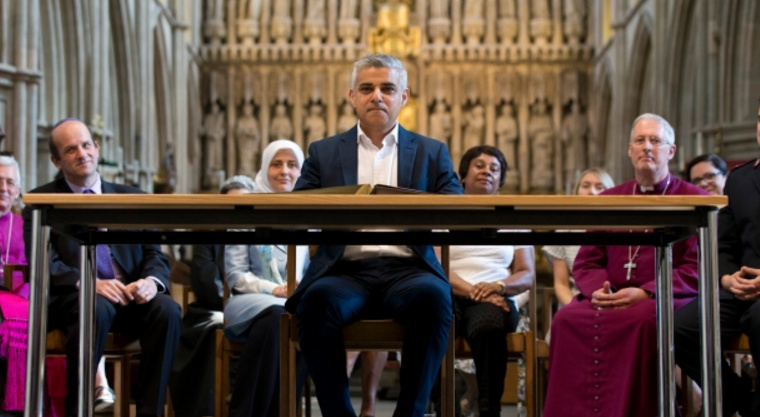 Why are they allowing Sharia law to infect their system? Who gets to define what hate is? A Muslim mayor?

The true goal of liberals is to decimate Christianity by any means necessary, even if the price that is paid is Sharia law.

Muslims are obsessed with shutting down any criticism of Islam. It’s a good first step to imposing Sharia on new lands. And they’ll pretend this is to be applied broadly, but it will be used 90% of the time to protect Muslims, & the other 10% to protect other enemies of white, Christian conservatives, just like “hate speech” and other such laws in the US and elsewhere are only used against whites.

Excerpted from Breitbart: The office of London’s first Muslim mayor has secured millions of pounds to fund a police “online hate crime hub” to work in “partnership with social media providers” to criminalise “trolls” who “target… individuals and communities.”

The London mayor’s office for policing and crime (Mopac) will spend £1,730,726 of taxpayer’s money policing speech online after applying for a huge grant from the Home Office Police Innovation Fund (PIF), it was announced in a statement.

“The purpose of this programme is to strengthen the police and community response to this growing crime type” is was announced, and will “involv[e]a dedicated police team” backed by “volunteers”.

“The Met encourages all victims of hate crime to report any incident to the police and will make every effort to hold offenders to account and bring them to justice.” More