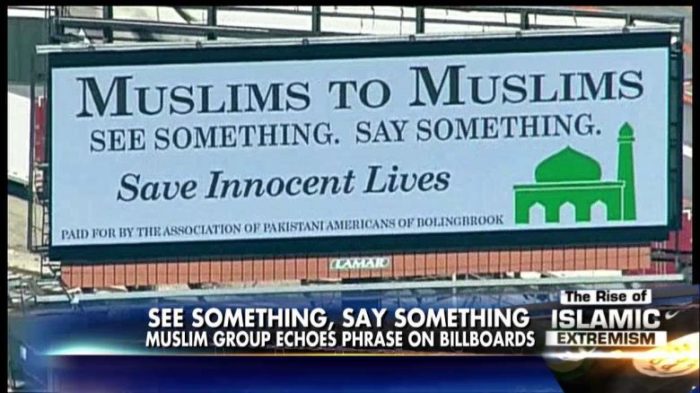 They are just trying to encourage people to do the right thing?

A Muslim organization in Chicago is facing a backlash for posting a billboard that says “Muslims to Muslims – See something. Say Something. Save innocent lives.”

Talat Rashid, the founder of the Associated of Pakistani Americans of Bolingbrook, says his organization thought the billboard could help fight terrorism and Islamophobia.

He said they wanted to reinforce the message in the Muslim community that any individual doing something suspicious – Muslim or not – should be reported to the authorities.

Critics have accused Rashid and his organization of supporting the misperception that a significant percentage of Muslims are aware of terrorist or illegal activities in their communities, but choose not to report it.

Rashid said he was prepared for a backlash, but he’s been pleased to see that the majority of responses have been positive.