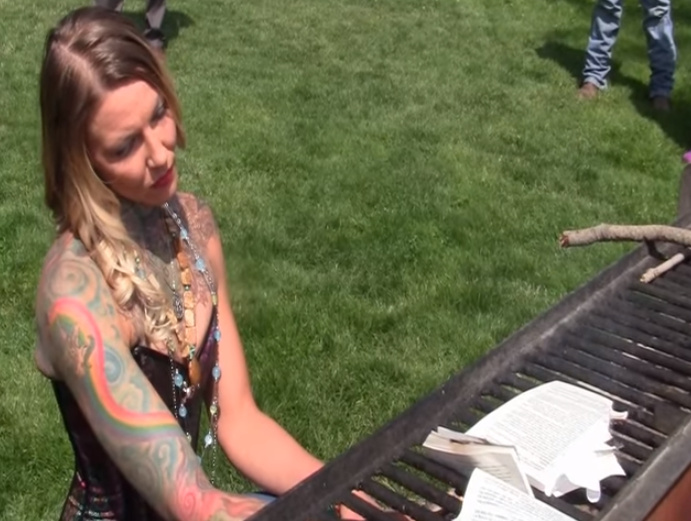 There are some 1.6 billion Muslims worldwide. It is estimated that somewhere between 16 and 25% are radicalized, that want Sharia law and will kill infidels. They want to destroy the west. We must take them at their word. That means that close to 300 million want to poison the earth with their murderous ideology.

After the countless terrorist attacks, violence, rapes, and other crime and chaos have been spread by massive Muslim immigration many Americans are more than a little fed up with the Islamic religion. Two patriots in particular made sure to take action and demonstrate just how they feel about this violent religion.

The two Wyoming patriots decided to have a little demonstration with the Quran to express how fed up they are. A video was taken of the two Wyoming residents and posted to social media – and let’s just say Muslims everywhere are more than just a little fed up with what they saw.

The two people in the video, who are members of the Americans for a Secure Wyoming, set up a sort of rally that they called the “Ban Islam in Wyoming Rally.”

They rally was held to protest a functioning mosque in their local community. Needless to say the two were not in favor of the mosque and they definitely didn’t support the religion that it preaches. More