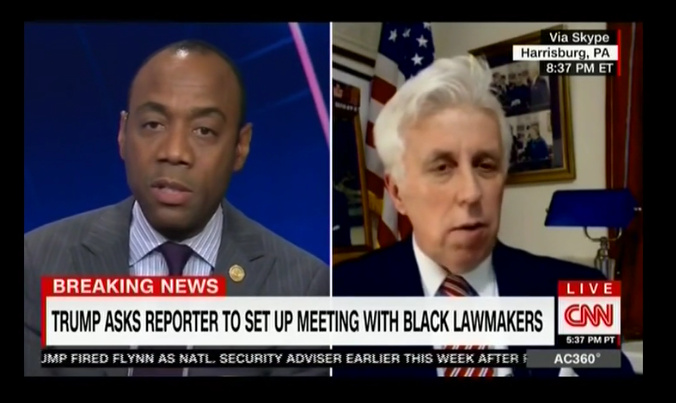 Well according to the left’s playbook, a Black Caucus is allowed because they are the victims but a white caucus is forbidden because they have white privilege, plus they are racists and xenophobes…

America is sick and tired of the division. We’ve given the Congressional Black Caucus a pass, as we ignored the fact that they’ve chosen to segregate themselves from the rest of the lawmakers in Congress, creating exactly the environment they fought so hard to erase. Former Reagan advisor Jeffrey Lord however, was not about to give Cornell William Brooks, President and CEO of the NAACP a “pass” when the subject of Trump’s “racist” comment during his most recent press conference was brought up in the discussion. More

Cornell William Brooks, President and CEO of the NAACP, was at loss for words Thursday night as former Reagan adviser Jeffrey Lord injected a hypothetical Congressional White Caucus into a debate on CNN’s Anderson Cooper 360.

The racially charged exchange began during a discussion of President Trump having asked an African-American reporter from a black-focused new radio outlet if she knew the leadership of the Congressional Black Caucus.

“Frankly I used to think the Congressional Black Caucus, when it was first formed, was a good thing,” Lord began. “I changed my mind on this. I don’t think there should be any caucuses in the House of Representatives that are divided by race. I mean, heaven forbid, if David Duke got elected and wanted to form a Congressional White Caucus, that would be appalling,” he said, explaining his change of heart. More