Nancy Pelosi: We Need To Fund Planned Parenthood “For The Babies” 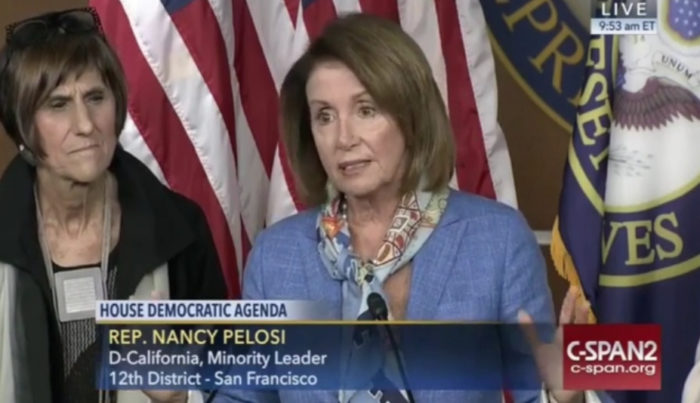 Yea Nancy Pelosi, we know how you are about babies you big hypocrite. You have no concern about the millions of babies aborted every year, but when it comes to trying to make the Republicans look bad you actually make yourself look like a total and complete fool!

LifeNews: Top House Democrat Nancy Pelosi is no stranger to odd and ironic comments when it comes to abortion. Now, she is at it again.

At a Capitol Hill press conference on Thursday, House Minority Leader Nancy Pelosi (D-Calif.) said the Zika virus threat is “all about babies.”

“The Zika in the Southern part of our country is in our country, and because it hasn’t hit home in [a Republican’s]district, doesn’t mean that it isn’t hitting home for the American people,” Pelosi said. “You know how I am about babies and this is about babies. I just can’t understand it.”

Planned Parenthood wants to get its hands on more taxpayer funding by exploiting the Zika virus scare. And on Tuesday, Hillary Clinton came to the abortion group’s aid. More

Nancy Pelosi: We Need To Fund Planned Parenthood “For The Babies”