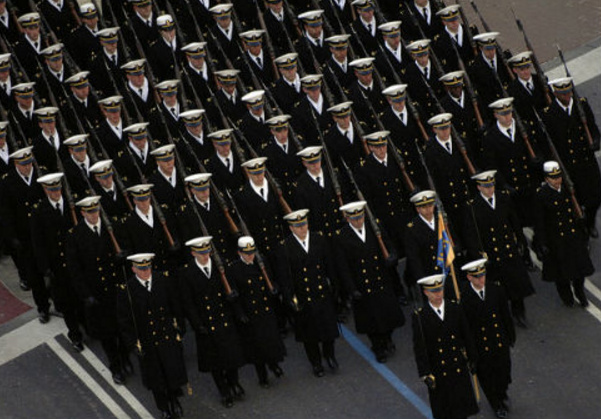 The military should be a no nonsense fighting force, not a petri dish of extreme social experimentation. I’m hoping General Mattis will put an end to this stuff once and for all.

The U.S. Naval Academy is bringing in Google employees to provide voluntary “Transgender 101” training to midshipmen this week as part of an ongoing “safe space” training series.

The academy’s Center for Teaching and Learning is holding two events on Friday, one for faculty and staff and another for midshipmen. The hour and a half-long workshops will be hosted by Marnie Florin and Kevin Perry, who are “transgender trainers” for Google.

Midshipmen and staff who take the training course will get the opportunity to display cards outside their door that show they are allies of the LGBT community.

The course was described in an email circulated by the Naval Academy on Tuesday.

“On Friday, December 9, the Center for Teaching & Leaning welcomes Kevin Perry and Marnie Florin who will be presenting Transgender 101: Gender Identity in the Workplace,” the email said. “Marnie and Kevin have given this workshop at Google offices around the globe to more than 2,500 employees.” More

Media Praises Changed Lyrics To The Classic "Baby, It's Cold Outside"