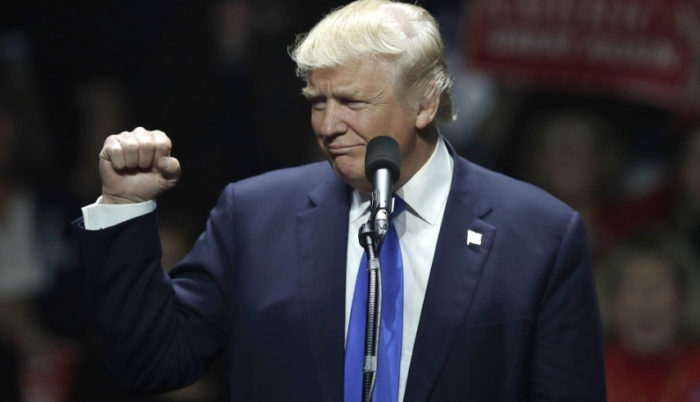 Peace through strength… During the Reagan years, he built the US Navy up to about 600 ship fleet. So 355 is a good start for now.

With Trump demanding more ships, the Navy is proposing the biggest shipbuilding boom since the end of the Cold War to meet threats from Russia and China.

With President-elect Donald Trump demanding more ships, the Navy is proposing the biggest shipbuilding boom since the end of the Cold War to meet threats from a resurgent Russia and saber-rattling China.

The Navy’s 355-ship proposal released last month is even larger than what the Republican Trump had promoted on the campaign trail, providing a potential boost to shipyards that have struggled because budget caps that have limited money funding for ships.

At Maine’s Bath Iron Works, workers worried about the future want to build more ships but wonder where the billions of dollars will come from.

“Whether Congress and the government can actually fund it, is a whole other ball game,” said Rich Nolan, president of the shipyard’s largest union.

Boosting shipbuilding to meet the Navy’s 355-ship goal could require an additional $5 billion to $5.5 billion in annual spending in the Navy’s 30-year projection, according to an estimate by naval analyst Ronald O’Rourke at the Congressional Research Service.