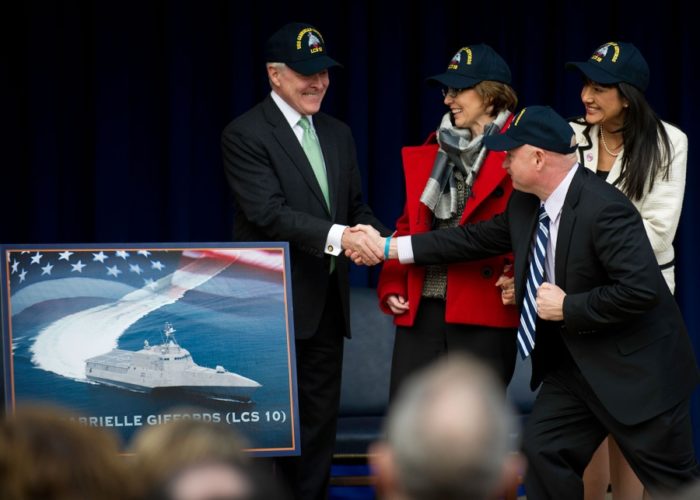 The Navy Secretary couldn’t find one person to honor that was a service member? Surely there is at least one worthy service member out there!

Navy Secretary Ray Mabus has raised a few eyebrows with some of the names he has picked for naval ships.

Why, critics questioned, would he name a ship in honor of the late gay rights leader Harvey Milk or after former U.S. Rep. Gabrielle Giffords when there are plenty of military heroes to choose from?

Mabus has said he is honoring people who have shown heroism, just as past navy secretaries have done. He said he believes that by looking outside the military, at times, for heroes, he can help connect people with the U.S. Navy and Marine Corps.

Mabus is officially announcing five new ship names on visits to Mississippi and Massachusetts beginning Saturday. Among the group, a replenishment oiler will bear the name of abolitionist Sojourner Truth.

Republican U.S. Rep. Duncan Hunter, of California, objects to Mabus naming ships after Milk, farm labor leader Chavez and others. He wants ships to be named after service members honored for valor to inspire their crews.

Evers and Lewis were civil rights activists. Lewis is now a Georgia congressman. A measure stalled recently in the House that would have prevented the Navy from naming ships after lawmakers who haven’t served in the military or as president.

Retired Vice Adm. Doug Crowder questions naming a ship after Giffords, who survived after being shot during a constituent meeting. It’s the secretary’s right to name ships, and previous secretaries have made political decisions, but there’s an inherent risk in making a string of political statements, said Crowder, who served as a deputy chief of naval operations before retiring in 2010. More