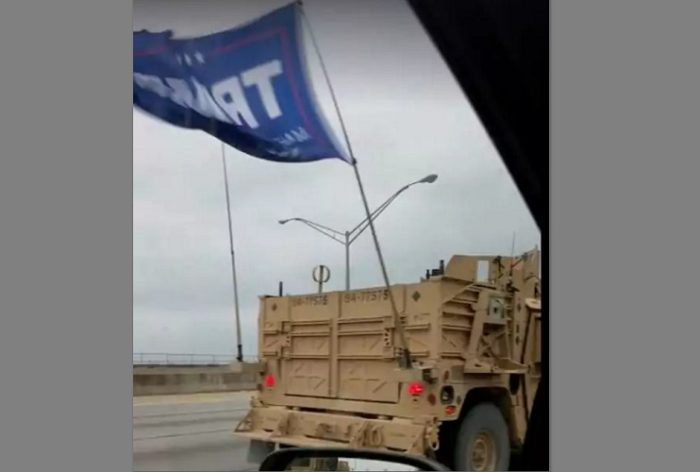 The soldiers must feel good knowing we finally have a president that really supports them.

It’s official: The military convoy seen flying a Trump flag in Louisville on Sunday belonged to a Navy Special Warfare unit, and the flag was “unauthorized,” a Navy spokeswoman said.

“Yes, it was inappropriate,” Maxwell said. “It was unauthorized.”

She said she did not know the potential penalties for the violation.

Military regulations say personnel should avoid implying Department of Defense sponsorship or endorsement of any “political candidate, campaign or cause.”

Some motorists said they were alarmed by military units flying the flag of a national leader rather than the country, which they said is reminiscent of a fascist government or banana republic.

Others noted that Trump is now the commander in chief, not a political candidate, and they saw nothing wrong with service members supporting him. The White House did not immediately respond to a request for comment. More