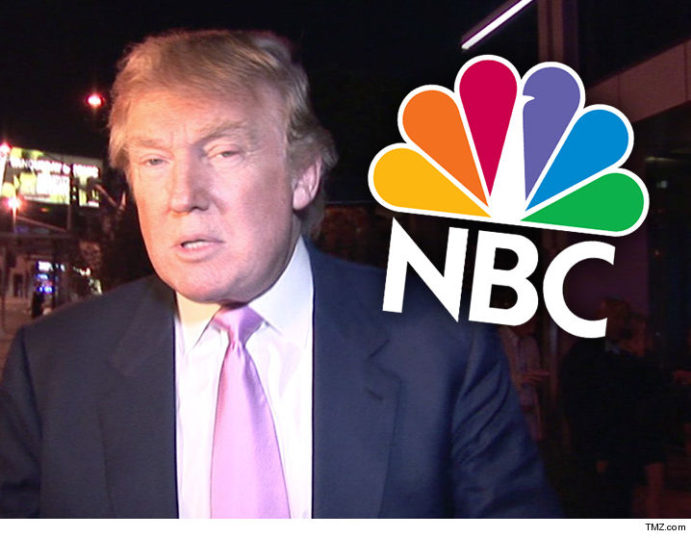 This is not shocking at all. NBC and other media outlets do this all the time to gain ratings and push their objective on everyone else.

NBC execs had a plan to time the release of the Donald Trump audio to have maximum impact on both the 2nd presidential debate and the general election … sources connected with the network tell TMZ.

Multiple sources with NBC tell us … top network execs knew about the video long before they publicly said they did, but wanted to hold it because it was too early in the election. The sources say many NBC execs have open disdain for Trump and their plan was to roll out the tape 48 hours before the debate so it would dominate the news cycle leading up to the face-off.

As we reported, Billy Bush was bragging about the tape — in front of NBC execs at the Rio Olympics — in early August. NBC says it’s only known about the tape for a little more than a week.

We’re told the plan was to edit the tape to keep the focus on Trump and not Billy. “Access Hollywood” we’re told was not going to air the portion where Trump and Billy got off the bus and Billy goaded Trump and the soap star to hug. Our sources say the tape was going to be “sanitized” to protect Billy as much as possible.

Case in point … after The Washington Post ran the story, ‘Access’ aired their footage and cut out the parts where Billy looked worse — saying things like, “Jeez! Your girl’s hot as s*** in the purple!”

We’ve told you the plan got derailed by Hurricane Matthew. Execs decided the wall-to-wall coverage of the storm would mess up the plan to dominate the news with the Trump tape, so they were going to hold it until Monday. It didn’t sit well with some staffers who wanted it out pre-debate, so it was leaked to the Washington Post. More