Here’s the NBC reporter Matt Bradley attacking President Trump, claiming he offered to help this precious baby for political gain. Can the left sink any lower? This NBC reporter is vile.

NBC is exploiting Trump’s kind gesture to once again (surprise, surprise) attack him. NBC’s prejudice against this President is well known. They are truly disgusting.

TGP: President Trump made liberals’ heads explode Monday morning when he offered to help a precious British infant suffering from a terminal illness. Baby Charlie Gard was sentenced to death by a UK death panel despite raising funds to receive alternative care in the U.S.

An NBC reporter attacked President Trump for offering help to a suffering baby. The left has killed millions of babies via abortion, so we shouldn’t be surprised that they have no compassion for this baby. 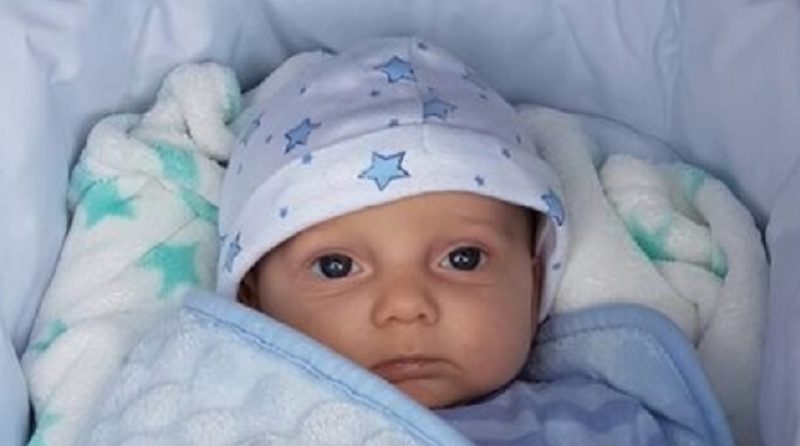 As TGP previously reported, a European court ruled that a terminally ill ten-month-old baby must “die with dignity”, even though the parents are willing and able to finance alternative “experimental” treatments overseas. Socialized healthcare has very real victims indeed.

Breitbart: The parents of 10-month-old Charlie Gard are reported to be “utterly distraught” after the European Court of Human Rights (ECHR) denied them a final effort to save their dying son.

After losing a battle in the UK’s Supreme Court, they had appealed to the court in France to fight the decision of British doctors at Great Ormond Street Children’s Hospital, who argued the baby could not be saved in the U.S. and must “die with dignity”.

Chris Gard, 32, and Connie Yates, 31, had raised more than £1.3 million to take Charlie to the U.S. for partially untested, “experimental” treatment, which they claim could save his life.

Charlie was born healthy, but suffers from a rare genetic condition, called mitochondrial depletion syndrome, and has serious brain damage.

The ECHR ruled Tuesday that the British hospital was correct and the treatment in the U.S. could not help Charlie. The court said the application by the parents was “inadmissible” and added that their decision was “final”.”

Little Charlie has captured the attention of President Trump. Trump offered to help the little guy, tweeting out, “If we can help little #CharlieGard, as per our friends in the U.K. and the Pope, we would be delighted to do so.”

If we can help little #CharlieGard, as per our friends in the U.K. and the Pope, we would be delighted to do so.

After reluctantly saying that the President could be selflessly stepping in to help grieving parents, Bradly turned negative, implying the President was grandstanding for political gain.

“You could decide that this was the president trying to use the grief of two parents and a small baby for political gain and weighing into a situation that was very much a national and European issue and not one we would expect anything from an American politician.”