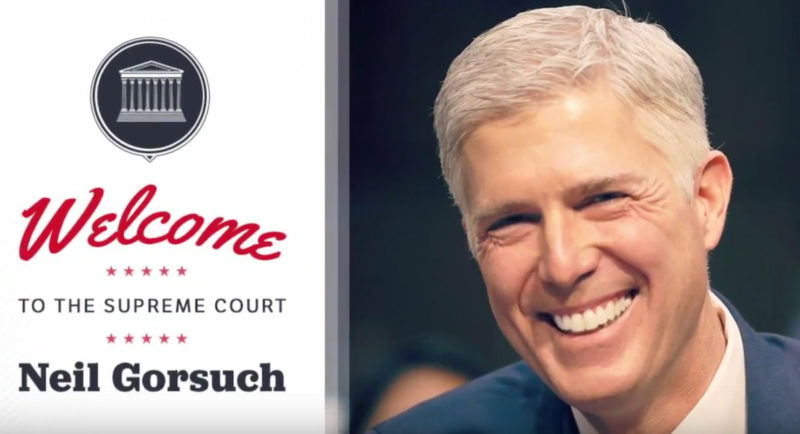 Judge Neil Gorsuch has just been confirmed by the Senate to the Supreme Court. In a historic moment, the Senate voted 54-45 along party lines to confirm Neil Gorsuch 113th justice.

Neil Gorsuch was confirmed to the Supreme Court by the Senate today in a 54-45 vote. The vote was primarily on party line, however; three Democrats voted for Gorsuch: Sens. Joe Manchin, Heidi Heitkamp and Joe Donnelly.

Senate Republicans ignited the ‘nuclear option’ earlier this week in order to circumvent the 60 votes needed to confirm Gorsuch.

Cartoon: Piggyback Over The Line

Cartoon: Leading From the Front