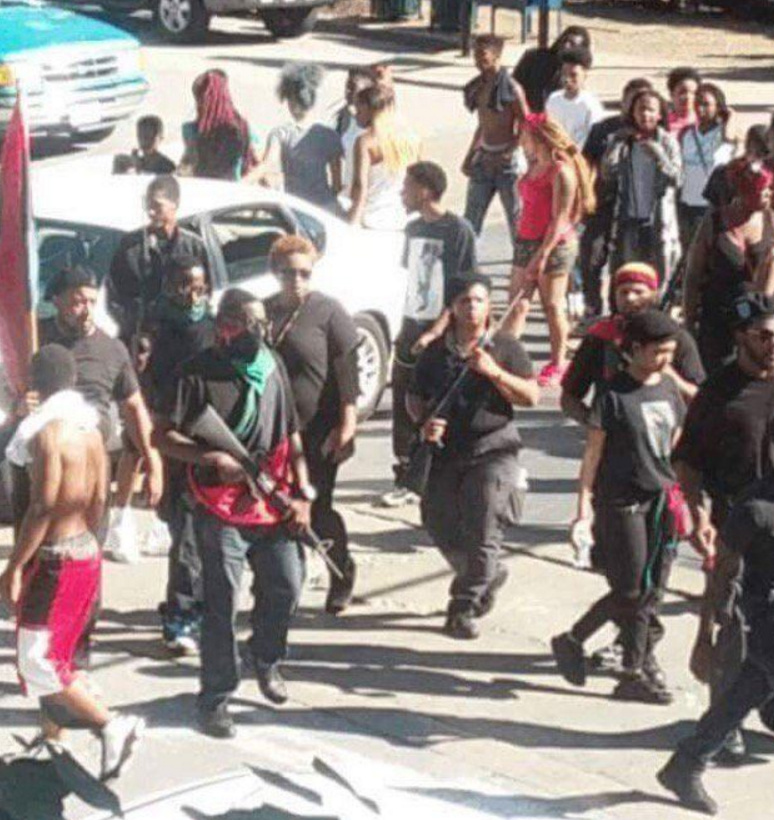 About 50 protesters claiming to be New Black Panthers marched through the Central West End in St. Louis on Sunday.

The march was organized for Justice for Darren Seals, a young Ferguson activist who was found shot to death inside a burning car last week.

They were carrying guns.

About 50 protesters marched through the streets of the Central West End, briefly shutting down Euclid on Sunday afternoon.

The protest began around 3:30 p.m. with individuals walking south on Taylor Avenue to Lindell Boulevard before going north on Euclid to Page where the group disbanded.

“It wasn’t really a surprise to me because like I’ve seen it a billion times but I feel like for other people on the outside looking in it was definitely a wake up that it is real out here what’s going on,” said White.

A similar scene played out in north Saint Louis. It is believed the murder of Darren Seals, a noted Black Lives Matter activist, was a driving factor in the timing of the protests. Many posts on social media about the protest also included the hashtag, #JusticeForDarrenSeals.