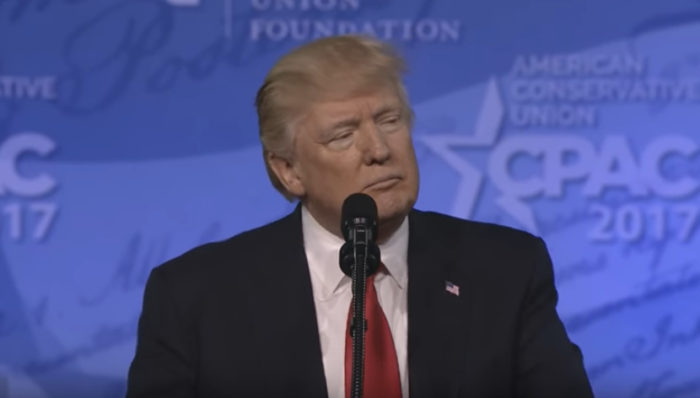 The Free Press must be held accountable for not reporting the truth and the real facts! This is nothing short of propaganda which is exactly a communistic approach.

On Friday the New York Times published a piece titled Trump’s Blistering Speech at CPAC Follows Bannon’s Blueprint. In the article the New York Times intentionally tried to mislead readers and cause chaos and panic by lying about what President Trump said during his CPAC speech.

His speech also included a promise to throw undocumented immigrants “the hell out of the country” and a recitation of his law-and-order campaign promises.

A keyword search of the transcript of the President’s speech for the term undocumented revealed that President Trump never even used that word as the screenshot below indicates.

What President Trump actually said during his CPAC speech:

We are also going to save countless American lives. As we speak today, immigration offers [officers]are finding the gang members, the drug dealers and the criminal aliens and throwing them the hell out of our country. More