Not one single person has been barred from Twitter by President Trump. This is a prime example of why the liberal media is pure trash. They’re comparing apples to oranges. They are saying one man blocking abusive trolls from his personal twitter account is the same thing as a government blocking an entire country from using social media.

These characters are contemptible. Are they so invested in their Trump hate and desire for clickbait that they tweet this garbage and parrot Iranian propaganda while people are being shot in the streets? –WZ 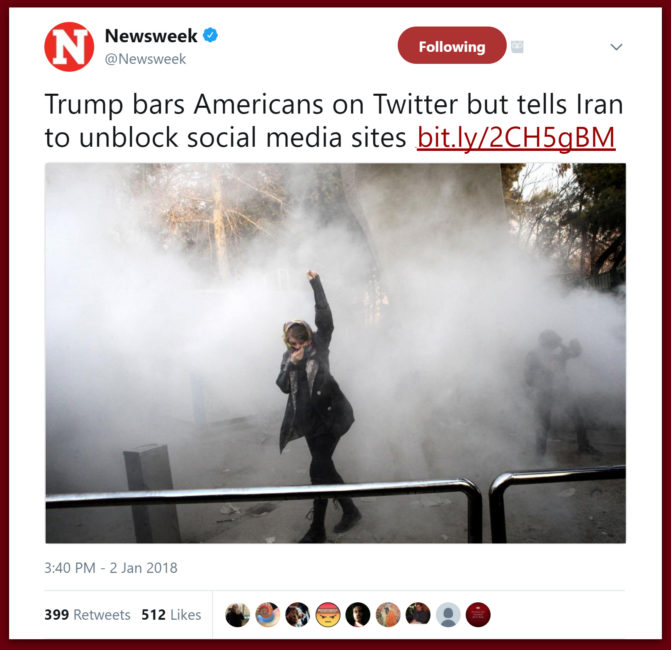 Newsweek trivializes all the Iranians being persecuted by an evil authoritarian regime just because they have Trump Derangement Syndrome.

Here is the imbecile responsible for this imbecility—> @ballesteros_312

This has to be the stupidest tweet I’ve read on the subject. Does Newsweek REALLY think that state sponsored censorship is the same as blocking someone on twitter?#ProTip –> https://t.co/MbwSY4fn0b

what a pant load! How you still have any readership at all, is a question for the ages. pic.twitter.com/H7LYntGzr7

This is why you are the cesspool… pic.twitter.com/Quotr1BAAx

Lies, lies, lies! Stop lying by ommission & inuendo. Such a disservice to the American ppl.