Newsweek Writer: I Want Republicans To Watch Their Families ‘Lose Insurance’ And ‘Die’

I can understand Kurt’s fear of losing his job. After all, he works for Newsweek which is continually on the verge of extinction. However, the most troublesome preexisting condition is his inability to read and comprehend. The horror of it… his wife might have to work till she is 69 to keep him insured, how unfair can life be?

WZ: Isn’t that special? Writers and columnists like Eichenwald are the reason that Newsweak was sold to Sidney Harman for $1.00. He overpaid. 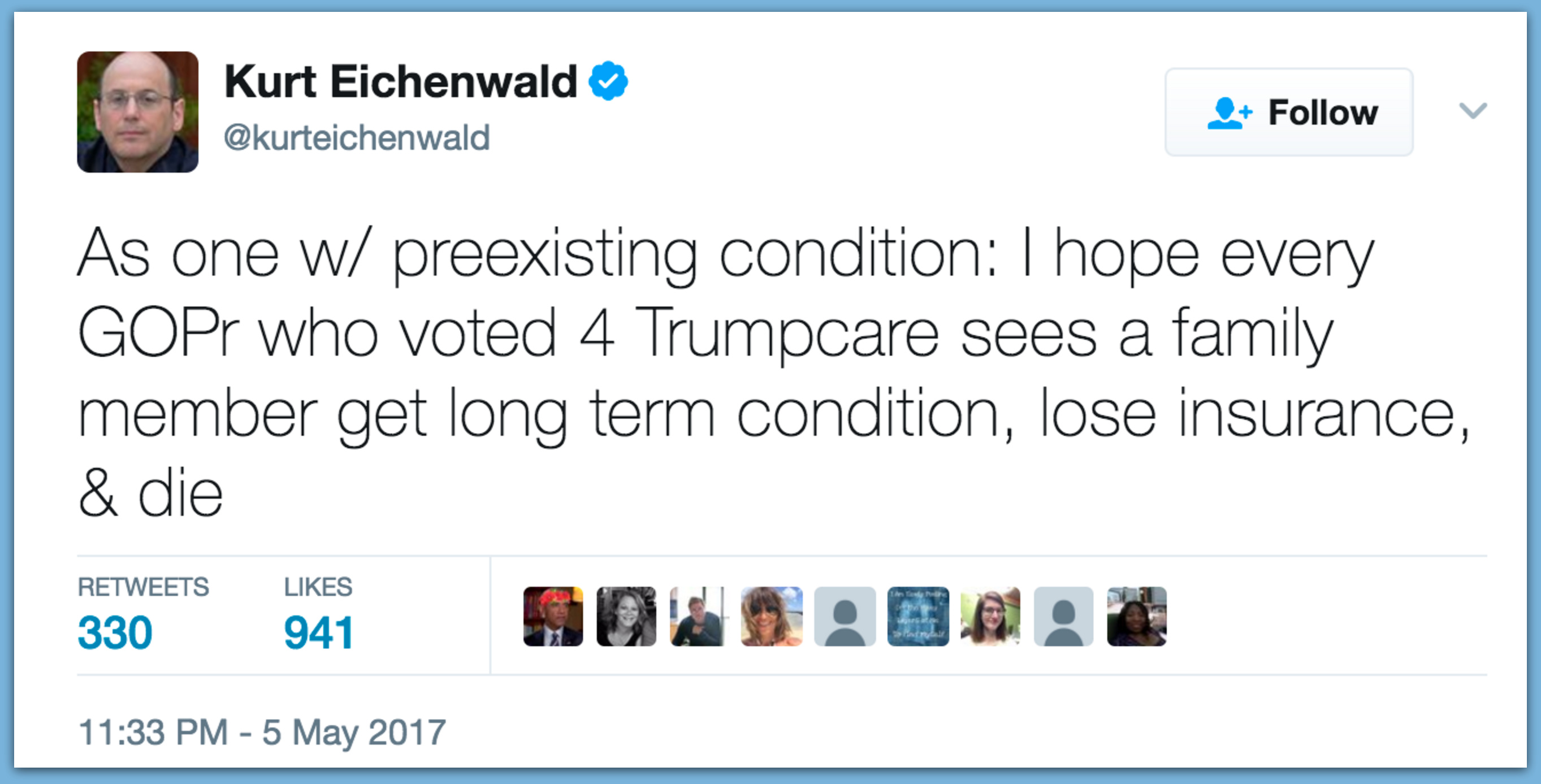 Eichenwald said on Twitter Friday night that he hopes every Republican who voted in favor of the American Health Care Act on Thursday sees a family member come down with a serious “long term” illness and lose their insurance before dying. When challenged, Eichenwald doubled down. “I want them to be tortured,” he said of Republicans who supported the AHCA. He added: “I want the [Republicans] who supported this to feel the pain in their own families.”

In another tweet, Eichenwald spread the false claim that Republican congressmen celebrated the AHCA’s passage by drinking beer, saying their loved ones should die as a result. More

AWESOME! Here's The List Of Obamacare Taxes Abolished… Reduces Taxes By Over $1 TRILLION

Cartoon: Late Night in the Gutter

Newsweek Writer: I Want Republicans To Watch Their Families ‘Lose Insurance’ And ‘Die’