Newt Gingrich is absolutely 100% correct! Meuller is a plant. Newt isn’t perfect. But he has the best instincts out there and he’s right about this one. Comey set this all up with when he gave the supposed memo to his friend to leak. He admitted under oath that he wanted them to appoint a special prosecutor who by the way, happened to be his best friend, Mueller!

Is Comey only out for revenge? 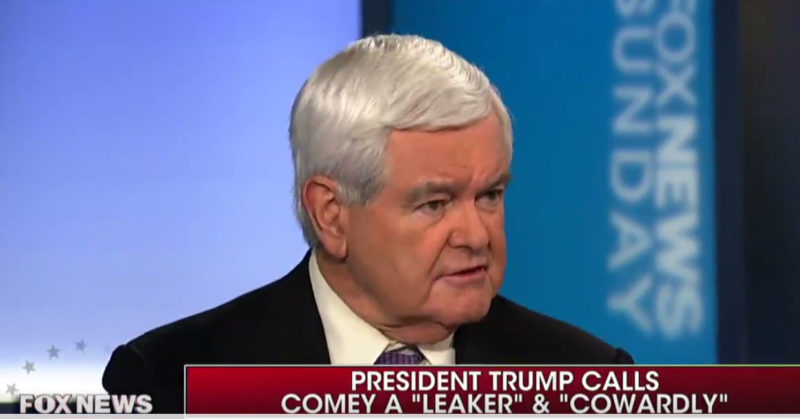 100%FedUp: Newt Gingrich is dead on with his commentary on Comey and leaking. Comey created Mueller! The bigger problem is that now Mueller has hired four lawyers who are all Clinton donors! Holy smokes! Do you think this is a set up or should President Trump follow through with the investigation?

OUR PREVIOUS REPORT ON THE APPOINTMENT OF MUELLER:

The DOJ has appointed former FBI Director Robert Mueller III as special counsel to its investigation into possible Russian interference in our presidential election. The Wall Street Journal reported:

Deputy Attorney General Rod Rosenstein announced the appointment because Attorney General Jeff Sessions recused himself from any investigation related to the 2016 race. Mr. Rosenstein said in a statement that “I determined that it is in the public interest for me to exercise my authority and appoint a Special Counsel to assume responsibility of this matter.”

He cautioned that his decision wasn’t the result of a “finding that crimes have been committed or that any prosecution is warranted.”

He signed the order on Wednesday. Mr. Mueller, a former federal prosecutor, served as FBI director from 2001 through 2013 and has a reputation for independence. Mr. Mueller has been a partner a WilmerHale, a law firm, but is stepping down from his role there to avoid any conflicts of interest, according to the Justice Department.

NOTICE THE JUSTICE DEPARTMENT STATEMENT states that they will investigate “related matters” which opens up a can of worms for the leakers. They will now be fair game!

The President released a statement: