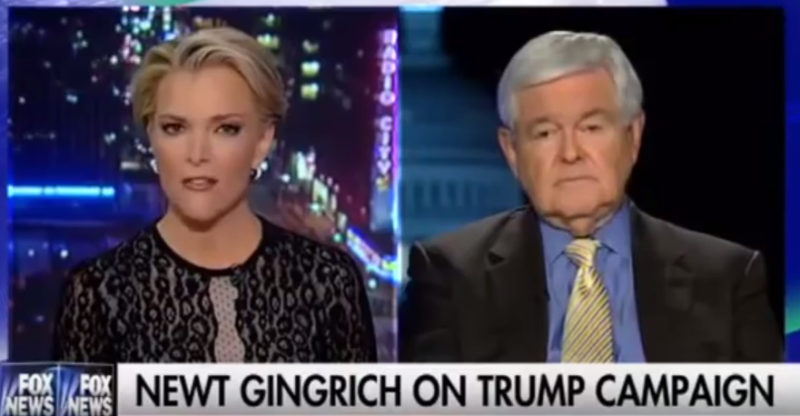 This shows what a political hack Megyn Kelly really is!

Gingrich snapped, “I get it, I know where you’re coming from.” But when Megyn Kelly said people have a right to hear these allegations of Trump being a “sexual predator” that caused Gingrich to explode:

“I’m sick and tired of people like you using language that’s inflammatory that’s not true!… When you use the words, you took a position. And I think it’s very unfair of you to do that, Megyn!” Kelly calmly said, “Your defensiveness on this may speak volumes, sir.” They kept going, but Gingrich was so angry that he actually shouted, “You wanna go back through the tapes of your show recently? You are fascinated with sex and you don’t care about public policy! That’s what I get out of watching you tonight!” He even challenged her to say the phrase “Bill Clinton sexual predator” over and over. Kelly ended the segment by politely saying, “You can take your anger issues and spend some time working on them.”