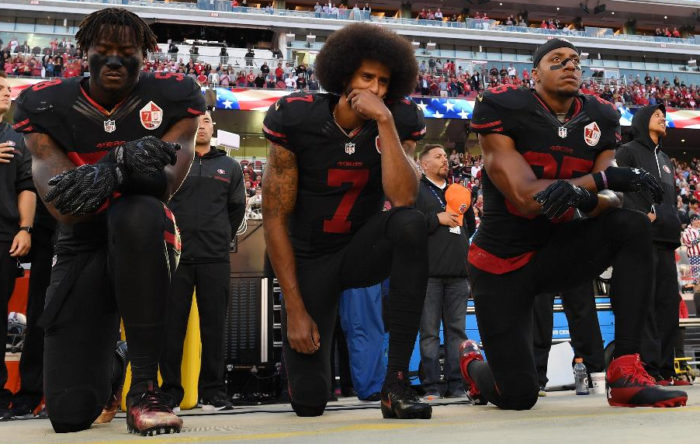 Great. I just love how a second string loser can have such a financial impact on the entire NFL. Kraperdick, please go ahead and keep it up. There isn’t a cause out there worth desecrating our flag. Boycotting the NFL is not easy for most guys, but they just can’t stand politics forced upon them.

The protests of the national anthem by NFL players continue to hammer the league’s TV ratings.

The NFL’s TV ratings plunge has been consistent throughout the 2016 season. Even though a Rassmusen survey revealed that 32% of respondents were less likely to watch the NFL due to the players protesting the national anthem, the NFL brass is in denial.

An internal memo two weeks ago which said in part, “no evidence that concern over player protests during the national anthem is having any material impact on our ratings. In fact, our own data shows that perception of the NFL and its players is actually up in 2016.”

Although Sunday night’s Colts-Texans game competed against game two of the NLCS between the Los Angeles Dodgers and Chicago Cubs, it featured a marquee quarterback (Andrew Luck) and a big-market team (Houston). More