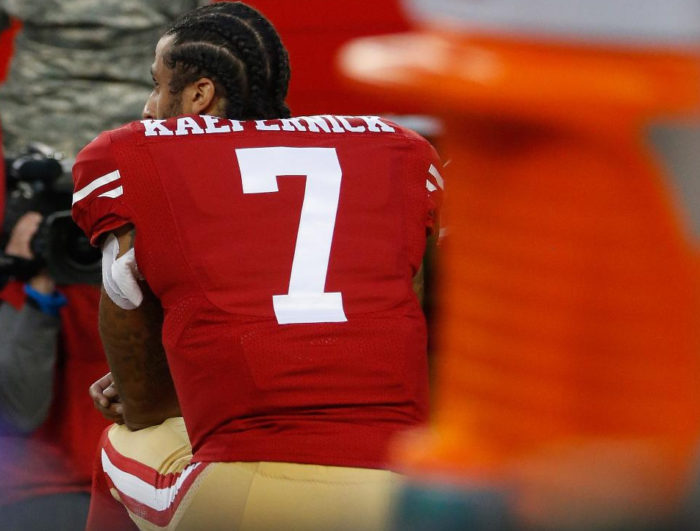 This has building for many years. The pink shoes, the politicized Super Bowl halftime shows, the never ending criminality of the players, the showboating, and yes, the blatant disrespect of the nation and our anthem.

Now let’s double down! Contact known NFL’s advertisers and tell them they are boycotted until the NFL cleans up their act.

The National Football League will rake in roughly $4.6 billion in television fees from CBS CBS -0.86%, ESPN , NBC, Fox and DirecTV that it will equally share with its 32 teams this year. The NFL commands such a rich bounty because advertisers pay up for football’s huge ratings.

The television money is a big reason why the average NFL team is worth $2.34 billion.

But the National Anthem protests that began with San Francisco 49ers QB Colin Kaepernick and has since been copied by other players has angered many fans. And that anger may be one reason why the television ratings for the first week of NFL games were bad. As my colleague Brandon Katz wrote: “Both CBS’ Sunday afternoon game and NBC’s Sunday Night Football saw their lowest ratings in seven years. Throw in last night’s lackluster debut and the 2016 NFL season is off to its slowest start in recent memory in terms of TV ratings.”

Following the Forbes article, Ed Morrissey of HotAir.com summized in his story: “When sports becomes another politicized arena for multi-millionaires to lecture the fans that provide their celebrity lifestyle, it comes as no surprise that the fans will get turned off — and turn the channel.”

Maybe. Maybe not. It is too early to tell if the first week was a blip or a trend in NFL ratings. But the reason I think ratings could remain low if the protests continue through much of the league are the comments I have been reading on the aforementioned articles, as well as others (take a look for yourself).

Lots of people are ticked. Two new polls show a majority of people disagree with Kaepernick’s protest. True, the protesters have some notable supporters., like President Obama and Hall of Fame running back Jim Brown. And who knows what the real score is in the viewership game? But I cannot believe that each viewer lost by the league is replaced by someone who wasn’t watching an NFL broadcast but tuned in for the protest. More