Nigel Farage: If Marine Le Pen Wins The French Election It Will Mean The End Of The European Union (Video)

I pray she wins. The end of the European Union can’t happen fast enough. Would help drive a stake into what ever U.N. Agenda that’s in fashion as well. You know it’s bad when even the French are sick of being victims.

TGP: Nigel Farage, the leader of the Brexit movement in England, told his radio audience Friday that if Marine Le Pen wins the French election it will mean the end of the European Union. 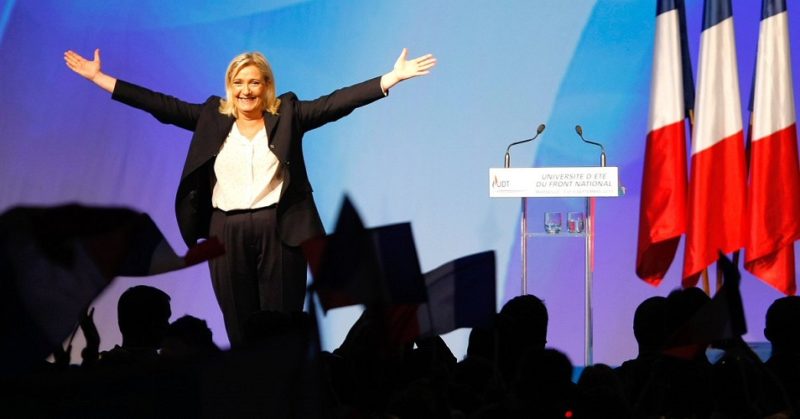 A last-minute Odoxa poll taken in France after the ISIS attack, that left one police officer dead and two others injured, suggested that Mr Emmanuel Macron was still on course to come first in Sunday’s first round, with Marine Le Pen gaining ground just behind and through to the May 7 runoff.

If @MLP_officiel wins the French election it will mean the end of the European Union. pic.twitter.com/bvKGkhxuEz

He’s Back! Obama To Re-Emerge With Appearance In Chicago

Nigel Farage: If Marine Le Pen Wins The French Election It Will Mean The End Of The European Union (Video)