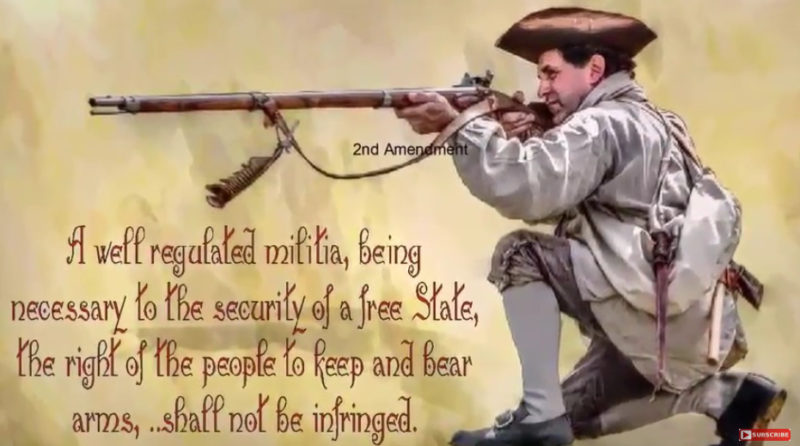 The court’s decision is moronic.  We have no right to own “weapons of war?”  Humm… what do they think the Second Amendment is all about?  It’s sure not just about hunting.  It’s a person’s right to defend his freedom whether threats to that freedom come from an oppressive foreign king, or God forbid, his very own government.  It is precisely about waging war!

A well regulated Militia, being necessary to the security of a free State, the right of the people to keep and bear Arms, shall not be infringed.

A federal appeals court in Maryland ruled Tuesday that semi-automatic rifles, commonly referred to as “military-style assault weapons,” are not protected under the Second Amendment.

The ruling came after the state’s so-called “assault weapons” ban was challenged on constitutional grounds. However, the court easily upheld the ban with a 10-4 vote.