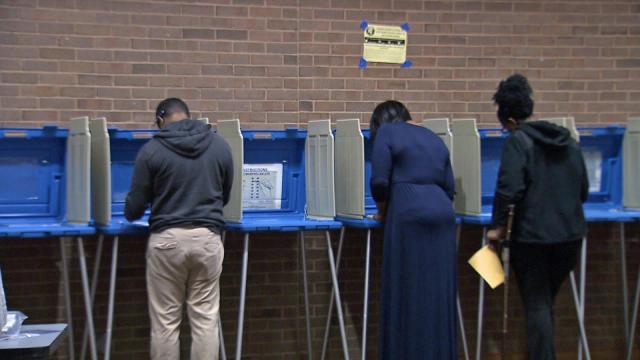 If you have to have an ID to drive a car, buy certain medicines, have a bank account, and many more tasks in everyday life, why aren’t you required to have a valid ID to vote?

A federal appeals court Friday overturned parts of North Carolina’s 2013 voting law, including provisions that required voters to show a photo identification card, saying they were enacted “with racially discriminatory intent” in violation of the Constitution and the Voting Rights Act.

“We cannot ignore the record evidence that, because of race, the legislature enacted one of the largest restrictions of the franchise in modern North Carolina history,” 4th Circuit Court of Appeals Judge Diana Motz wrote.
This was the third federal court ruling against voter identification laws this month. The 5th Circuit Court of Appeals ruled July 20 that Texas’ voter ID law violated the Voting Rights Act, and federal judges softened a Wisconsin law on July 19.
North Carolina Gov. Pat McCrory said the state would immediately appeal the decision.

“Photo IDs are required to purchase Sudafed, cash a check, board an airplane or enter a federal courtroom. Yet three Democratic judges are undermining the integrity of our elections while also maligning our state,” McCrory, a Republican, said in a statement.

You needed a photo ID to be a delegate at the DNC Convention. Hypocrites! https://t.co/wy79vZGG6s #NCVoterID #ncpol

Besides eliminating voter ID requirements in North Carolina, Friday’s ruling erases provisions that prohibited same-day registration and out-of-precinct provisional voting, as well as those that restricted early voting.
The court found that the North Carolina legislature enacted the provisions after it gathered data on the use, by race, of certain voting practices.
The provisions “target African-Americans with almost surgical precision” and “impose cures for problems that did not exist,” the judges wrote.

Challengers of the law, including the Department of Justice and the NAACP, made the same argument. They said the law would have an outsized impact on the state’s African-American population, who they said are more likely to vote during early-voting periods and use same-day registration. More