Oliver North is 100% correct as to his analysis. It was full of inaccuracies, one sided accounts, half-truths and out some right lies.

Ken Burns is a liberal stool that only pumps out Leftist crap… His Civil War miniseries made the conflict entirely about slavery, when in fact the root cause was increasing federal power over the states. So, I was expecting too much from this anyway. 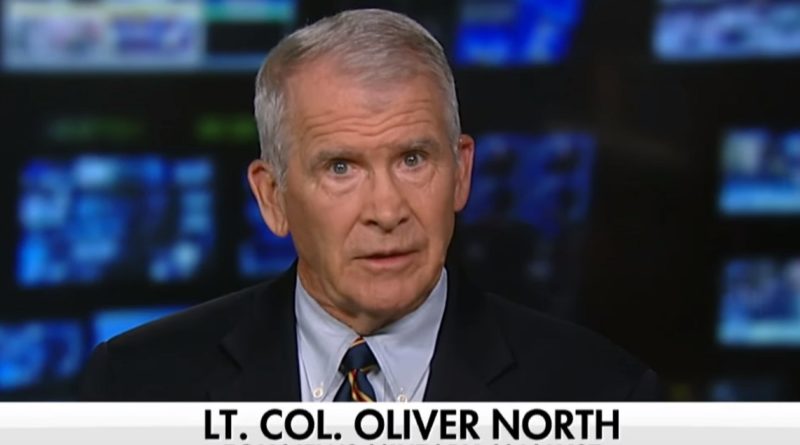 Washington Times: When Richard Nixon was in the White House, I was in Vietnam and he was my commander in chief. When I was on Ronald Reagan’s National Security Council staff, I had the opportunity to brief former President Nixon on numerous occasions and came to admire his analysis of current events, insights on world affairs and compassion for our troops. His preparation for any meeting or discussion was exhaustive. His thirst for information was unquenchable and his tolerance for fools was nonexistent.

Mr. Nixon’s prosecution of the war in Southeast Asia is poorly told by Ken Burns in his new Public Broadcasting Service documentary “The Vietnam War.” That is but one of many reasons Mr. Burns‘ latest work is such a disappointment and a tragic lost opportunity.

It’s sad, but I’ve come to accept that the real story of the heroic American GIs in Vietnam may never be told. Like too many others, Ken Burns portrays the young soldiers, sailors, airmen and Marines of the Vietnam War as pot-smoking, drug-addicted, hippie marauders.

Those with whom I served were anything but. They did not commit the atrocities alleged in the unforgivable lies John Kerry described to a congressional committee so prominently featured by Mr. Burns. The troops my brother and I were blessed to lead were honorable, heroic and tenacious. They were patriotic, proud of their service, and true to their God and our country.

To depict them otherwise, as Mr. Burns does, is an egregious disservice to them, the families of the fallen and to history. But his treatment of my fellow Vietnam War veterans is just the start. Some of the most blatant travesties in the film are reserved for President Nixon.

Because of endless fairy tales told by Ken Burns and others, many Americans associate Richard Nixon with the totality and the worst events of Vietnam. It’s hardly evident in the Burns “documentary,” but important to note: When Richard Nixon was elected president in 1968, he inherited a nation — and a world — engulfed in discord and teetering on the brink of widespread chaos. His predecessor, Lyndon Johnson, was forced from office with a half-million U.S. troops mired in combat and fierce anti-American government demonstrations across the country and in our nation’s capital.

Ken Burns may not recall — but my family remembers: It was Lyndon Johnson who sent my brother and me to war. It was Richard Nixon who brought us home. It is very likely we are alive today because Mr. Nixon kept his word.

That’s not the only opportunity for accuracy Mr. Burns ignored. He could have credited Mr. Nixon with granting 18-year olds the right to vote in July 1971 with the 26th Amendment to our Constitution. (Does Ken even recall the slogan, “Old enough to fight — old enough to vote!” He should. Mr. Burns turned 18 that same month.)[…]

Since meeting President Nixon in the 1980s, I have always remembered how he understood the incredible sacrifice of American blood in the battlefields of Vietnam. He was dedicated to ending the war the right way and committed to sustaining American honor. He kept his promise to bring us home.

Ken Burns failed to keep his promise to tell all sides about the long and difficult war in Vietnam. Mr. Burns, like John Kerry, has committed a grave injustice to those of us who fought there. More