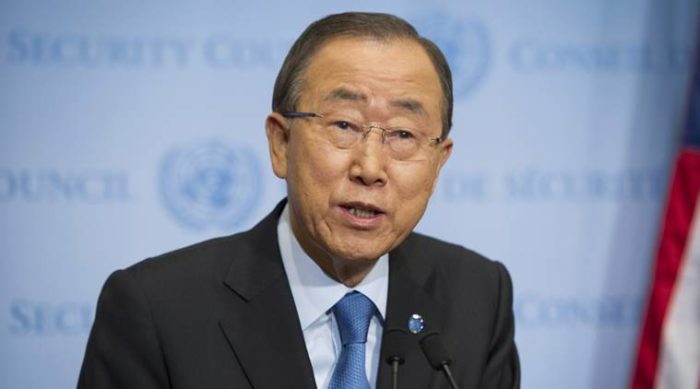 North Korea keeps testing nuclear weapons even though the UN has tightened sanctions. What will it take to get them to stop testing?

North Korea conducted its fifth and biggest nuclear test on Friday and said it had mastered the ability to mount a warhead on a ballistic missile, ratcheting up a threat that rivals and the United Nations have been powerless to contain.

The blast, on the 68th anniversary of North Korea’s founding, drew a fresh wave of global condemnation. The United States said it would work with partners to impose new sanctions, and called on China to use its influence as North Korea’s main ally to pressure Pyongyang to end its nuclear program.

Under 32-year-old third-generation leader Kim Jong Un, North Korea has sped up development of its nuclear and missile programs, despite U.N. sanctions that were tightened in March and have further isolated the impoverished country.

The United Nations Security Council strongly condemned the test and said it would begin work immediately on a resolution. The United States, Britain and France pushed the 15-member body to impose new sanctions.

U.N. Secretary General Ban Ki-Moon urged the group to remain united and take action that would “urgently break this accelerating spiral of escalation.”

U.S. President Barack Obama said after speaking by telephone with South Korean President Park Geun-hye and with Japanese Prime Minister Shinzo Abe that they had agreed to work with the Security Council and other powers to vigorously enforce existing measures against North Korea and to take “additional significant steps, including new sanctions.”

U.S. Defense Secretary Ash Carter called for a redoubling of international pressure on North Korea and singled out the role he said China should play.

China said it was resolutely opposed to the test and urged Pyongyang to stop taking any actions that would worsen the situation. It said it would lodge a protest with the North Korean embassy in Beijing.

Chinese Foreign Ministry spokeswoman Hua Chunying would not be drawn, however, on whether China would support tougher sanctions against its neighbor.