Hey little Kim, your childish outbursts may be the end of you, courtesy of U.S.A.

Is the obvious answer to take their entire country out with a preemptive EMP strike so they can’t launch at us?

North Korea has, for the first time, threatened to wage an electromagnetic pulse attack against the United States. Such an attack has the potential to cause catastrophic damage to North America, Canada, the West, and many of its neighbors. 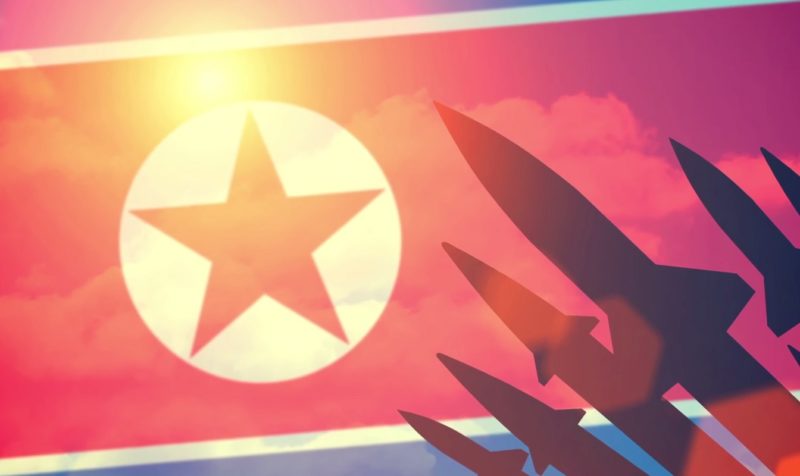 TGP: For the first time ever, North Korea has threatened to strike the U.S. with an EMP (electromagnetic pulse) attack. In an interview with Breitbart News, aurthor Anthony Furey explains why the threat could dramatically increase tensions between North Korea and the U.S.

Breibart News: According to the Associated Press, shortly after North Korea launched its sixth nuclear test using an H-bomb, the “Hermit Kingdom’s” leader Kim Jong-un issued a statement through its state-run Korean Central News Agency (KCNA) claiming the weapon “is a multi-functional thermonuclear nuke with great destructive power which can be detonated even at high altitudes for super-powerful EMP (electromagnetic pulse) attack according to strategic goals.”

An NEMP is an abrupt pulse of electromagnetic radiation that occurs as a result of a nuclear explosion. An NNEMP is virtually the same except it does not include the nuclear component. The currents caused by these charges the atmosphere with electromagnetic waves that travel down onto the earth’s surface at super speeds hitting everything within their line of sight, sending high-voltage energy through the electricity grid and frying them, causing massive disarray.

Anthony Furey’s book Pulse Attack: The Real Story Behind the Secret Weapon That Can Destroy North America is the first of its kind to outline the A-Z effects of a potential EMP attack on North America. The book also presents several simple and straightforward ways North America can protect against such a devastating scenario.

“I wrote the book and of course it talks about how this could be a possibility for North America,” Furey told Breitbart News. “But I would have always preferred that not be true. And then I read the statement and my jaw just dropped.”

North America’s grid is currently not protected against an EMP disruption or attack. Furey told Breitbart News that this recent statement from North Korea will likely increase public interest in the potential for an EMP attack. “And politics is, of course, downstream from culture. It will change the way we look at the issue culturally because for a long time there were people who were dismissive of it” by downplaying the probability of an EMP attack.

Amid the EMP threat, Defense Secretary James Mattis warned North Korea that the U.S. will use massive military force against the Hermit Kingdom if it must.

Secretary Mattis: Any threat to the United States, its territories, including Guam, or our allies will be met with massive military response. A response both effective and overwhelming. king Jong Un should take heed of the United Nations Security Council’s unified voice.

Here is a transcript of the White House statement: Good afternoon ladies and gentlemen.

We had a small-group national security meeting today with the president and the vice-president about the latest provocation on the Korean peninsula.

We have many military options and the president wanted to be briefed on each one of them.

We made clear that we have the ability to defend ourselves and our allies, South Korea and Japan, from any attack and our commitments among the allies are iron-clad. Any threat to the United States or its territories including Guam, or our allies, will be met with a massive military response, a response both effective and overwhelming.

Kim Jong-un should take heed of the United Nations security council’s unified voice, all members unanimously agreed on the threat North Korea poses, and they remain unanimous in their commitment to the denuclearization of the Korean peninsula.

Because we are not looking to the total annihilation of a country, namely North Korea, but as I said we have many options to do so.

Thank you very much, ladies and gentlemen.

Heartwarming Video: Man In Florida Gives His Generator To Woman With Sick Father