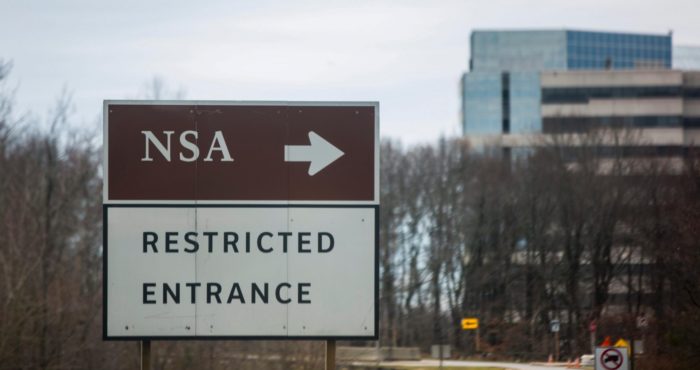 So this NSA contractor was caught with classified materials and he gets charged but Hillary, who is running for president, does the same and no charges were brought.

A federal contractor suspected in the leak of powerful National Security Agency hacking tools has been arrested and charged with stealing classified information from the U.S. government, according to court records and U.S. officials familiar with the case.

Harold Thomas Martin III, 51, who did technology work for Booz Allen Hamilton, was charged with theft of government property and unauthorized removal and retention of classified materials, authorities said. According to two U.S. officials familiar with the case, he is suspected of “hoarding” classified materials going back as far as a decade in his house and car, and the recent leak of the hacking tools tipped investigators to what he was doing.

The breadth of the harm Martin is alleged to have caused — and what might have motivated it, if proven — was not immediately clear, although officials said some of the documents he took home “could be expected to cause exceptionally grave damage to the national security of the United States.”

Investigators are probing whether Martin, who had top secret clearance, was responsible for an apparent leak that led to a cache of NSA hacking tools appearing online in August, according to the officials familiar with the case, who spoke on the condition of anonymity because the investigation is ongoing.

The FBI and NSA are trying to figure out what drove Martin. The FBI’s Behavioral Analysis Unit is working on a psychological assessment, officials said. “This definitely is different” from other leak cases, one U.S. official said. “That’s why it’s taking us awhile to figure it out.” More

U.S. Chess Star Won't Attend World Championships In Iran: ‘I will NOT wear a hijab’