NSC Refuses To Turn Over Info On Who Susan Rice Had Unmasked, Evidence Removed To Obama Library… Hidden From Public For 5 Years

You’ve gotta be kidding me, right? I’m getting really frustrated with the current FBI and Justice Department. The Obama library’s going to claim they never had the documents, just watch.

100%FedUp: In other words, the NSC is telling Judicial Watch: We’d love to help with the Russian investigation, but the documents that could prove former National Security Advisor Susan Rice (the woman who intentionally lied to the American public about the reason for the Benghazi attack multiple times) is guilty of unmasking identities of U.S. citizens associated with the Trump presidential campaign or transition team. 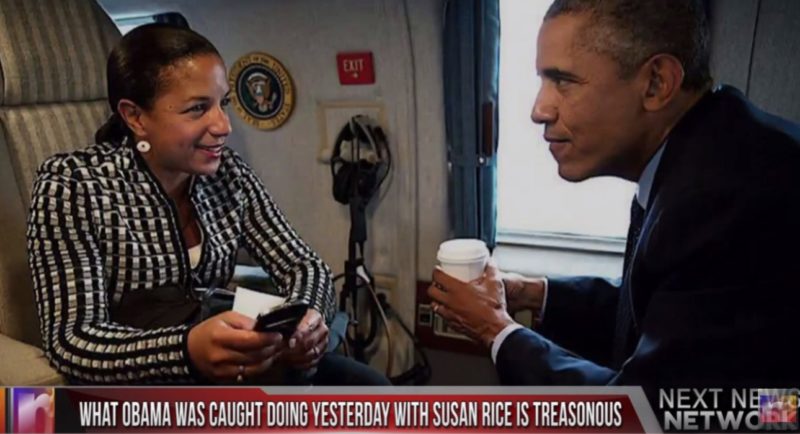 WZ: Obama holdovers hard at work. Why does the Obama Library have any right to information that is presently under Congressional subpoena?

Judicial Watch: Judicial Watch today announced that the National Security Council (NSC) on May 23, 2017, informed it by letter that the materials regarding the unmasking by Obama National Security Advisor Susan Rice of “the identities of any U.S. citizens associated with the Trump presidential campaign or transition team” have been removed to the Obama Library.

The NSC will not fulfill an April 4 Judicial Watch request for records regarding information relating to people “who were identified pursuant to intelligence collection activities.”

The agency also informed Judicial Watch that it would not turn over communications with any Intelligence Community member or agency concerning the alleged Russian involvement in the 2016 presidential election; the hacking of DNC computers; or the suspected communications between Russia and Trump campaign/transition officials. Specifically, the NSC told Judicial Watch:

The Obama Presidential Library hasn’t even been built yet, but they’ve already sent the records to them? This is obstruction of justice on the part of the NSC. The swamp is corrupt and must be completely drained!

NSC Refuses To Turn Over Info On Who Susan Rice Had Unmasked, Evidence Removed To Obama Library… Hidden From Public For 5 Years