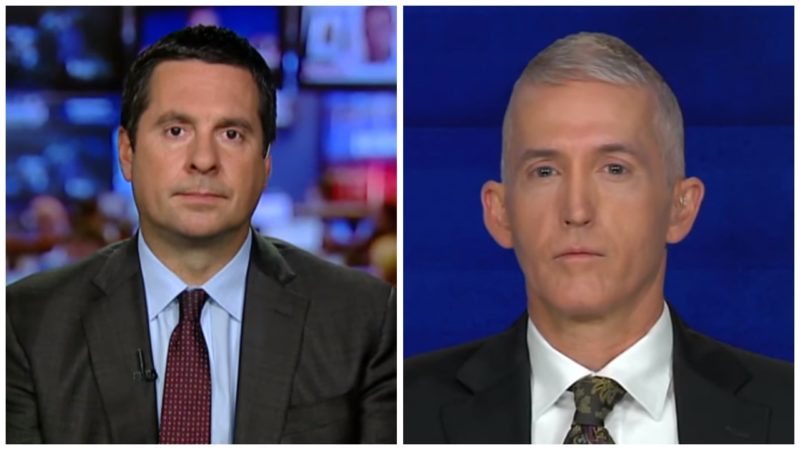 Washington Examiner reports: There’s no doubt Republicans want the public to see the classified memo. To get it out, they are studying a never-before-used procedure whereby House Intelligence Committee members would vote to make the memo public, after which the president would have five days to object.

Republicans believe it is unlikely they would have to go that far; why would President Trump object to the release of a document allegedly showing that Obama administration officials abused the law in investigating Trump? But even if there were an objection, the feeling is the House would go ahead.

After millions of Americans called on Congress to release the memo, Rep. Dave Joyce (R-OH) announced Saturday that the process has begun.

Great news! Our efforts to #ReleaseTheMemo have been effective and the HPSIC plans to begin the process to release the FBI/FISA/Russia memo. This may take up to 19+ Congressional work days but Americans deserve to know the truth.

“Earlier this morning, I examined the classified, four-page memo from @HouseIntelComm regarding the FBI, DOJ, and the so-called #RussianCollusion. To put it simply, “WOW.” I joined the call to #ReleaseTheMemo. Americans deserve truth and transparency,” tweeted Rep. Jody Hice (R-GA).

Earlier this morning, I examined the classified, four-page memo from @HouseIntelComm regarding the FBI, DOJ, and the so-called #RussianCollusion. To put it simply, “WOW.” I joined the call to #ReleaseTheMemo. Americans deserve truth and transparency. pic.twitter.com/r2RJnLNaUL

Great News? 19+ days? You move to Slow!
If it benefited the DEMs they’d have leaked it already!
Go to @POTUS & have it Declassified NOW!#ReleaseTheMemo

Democrats would’ve leaked it instantly if they thought it would help them.