Nunes just announced a probe into the Uranium One Deal that stinks to high heaven of corruption and money laundering by the Clintons and the Obama regime.

The Clinton cover-up brought to you by the same people who are investigating Trump… Hillary used her role as Secretary of State to confer benefits to Russia in exchange for millions of dollars in donations to her foundation and cold hard cash to her husband. 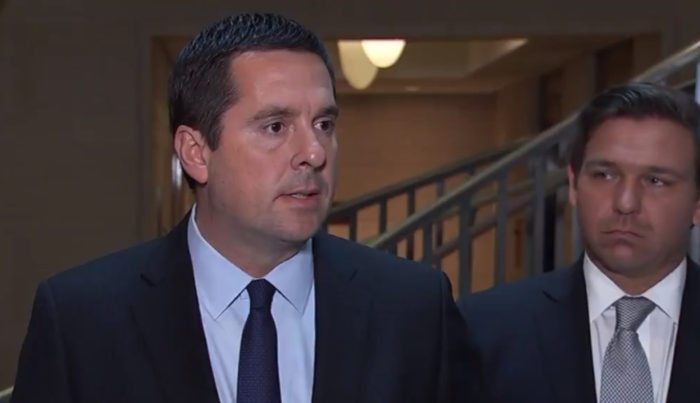 “One of the things we are concerned about is whether or not there was an FBI investigation. Was there a DOJ investigation? And if so, why was Congress not informed of this matter?” Nunes asked.

” That will be the start of the probe. There will be two different committees looking into this,” said Nunes.

Ron DeSantis (R-FL) said they will subpoena the FBI informant if his NDA isn’t lifted.

The FBI informant providing information on the Russian nuclear bribery scheme calls himself a patriot. He didn’t like corruption he was witnessing and when he decided to speak up, the Obama administration actually threatened him.

The Clintons took the cash from Uranium One officials before the deal was approved by Hillary Clinton’s State Department. The Clintons hid the donations which is a clear violation of the Memorandum of Understanding Hillary Clinton signed with the Obama administration wherein she promised and agreed to publicly disclose all donations during her tenure as Secretary of State. (Via Breitbart)

Also, high-ranking Obama Admin officials KNEW that there was corruption in the Russian nuclear firm and apparently blocked that pertinent information from CFIUS. Read more at TGP.

All Russian roads lead to the Clintons, the Podestas, and the corrupt Obama regime.