A hospital in Buffalo, New York fired one of their top executives after saying on her Facebook page that supporters of Trump should be force to “give up their ventilators” & die.

Krolczyk is a former staffer for Hillary Clinton’s 2016 campaign.

Conservative commentator Michael Caputo posted screenshots of an exchange between Krolczyk and another top official at the hospital, Lisa LaTrovato. 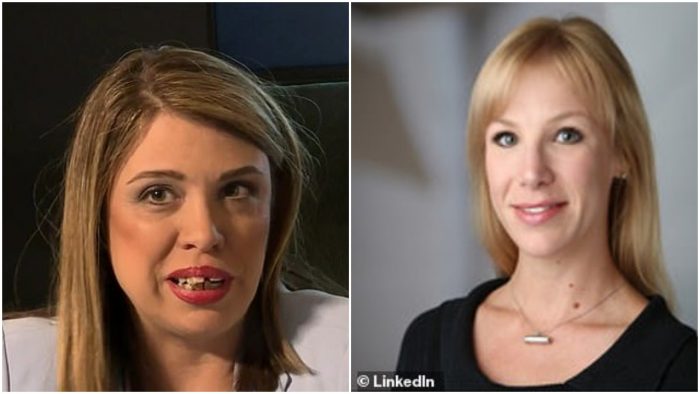 Krolczyk wrote “Trump supporters need to pledge to give up their ventilators for someone else … and not go to the hospital.”

LaTrovato responded by saying, “I think they should be the only ones in packed churches on Sunday.”

Krolczyk added “also don’t cash your stimulus check. It’s all a hoax. Chew some ibuprofen and be on with your day.” 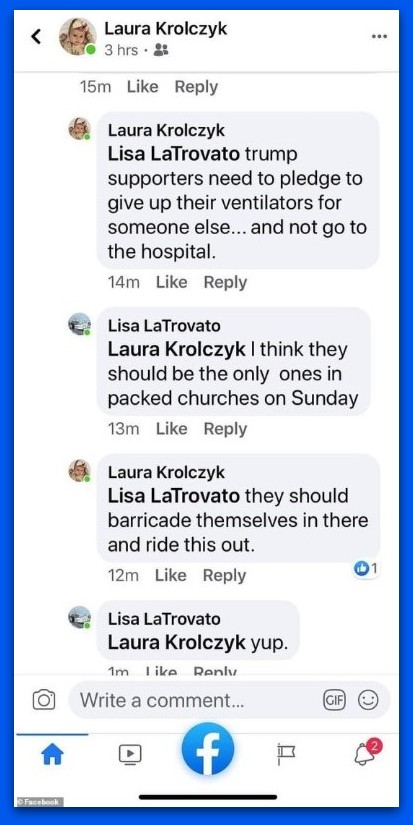 The hospital says that LaTrovato has been placed on administrative leave.

The hospital released a statement about Krolczyk’s termination, from WGRZ-TV:

This employee was terminated today [Saturday] after our Human Resources team concluded its investigation. We followed standard procedure, which required that we gather and verify relevant information before taking any disciplinary action.

Dr. Johnson and her team responded with swift and appropriate action. We have always been and continue to be a center serving everyone who needs us. That is core to our mission, our culture and the experience our patients and families can expect every day.

This behavior is not tolerated at Roswell Park. If any team members act in a way that does not accord with that commitment, we will take swift and appropriate action, just as we did in this instance.