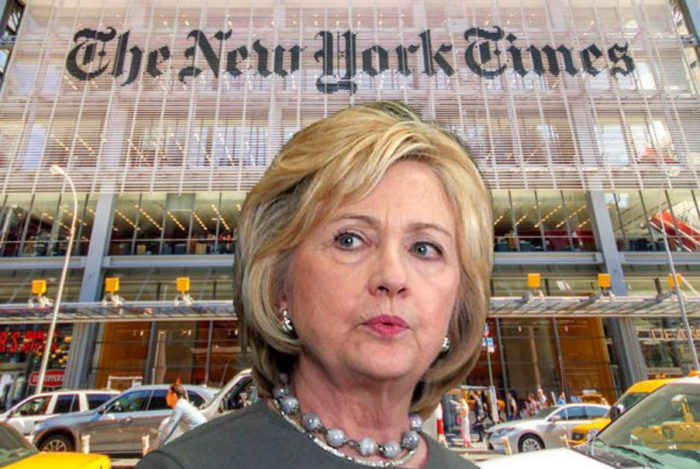 Donald Trump needs to file a lawsuit against them for these false accusations. Desperate Hillary and liberal media are trying to do anything to take attention away from wikileaks releases.

REMEMBER: NEVER – EVER TRUST THE MAINSTREAM DEMOCRAT MEDIA! The hacks at The New York Times released a hit piece on Donald Trump tonight. (Gee, who could have seen that coming!?!)

In their article a woman says she was groped by Donald Trump. In his 70 years of being in the media spotlight Donald Trump HAS NEVER been accused of groping or assaulting a woman.

But The New York Times ran with the hit piece, anyway. Too bad they got punked.

The woman in their story fed them lines from a Velvet Underground song. Oh-My-God!

My God, he was like an octopus. Hands all over the place. 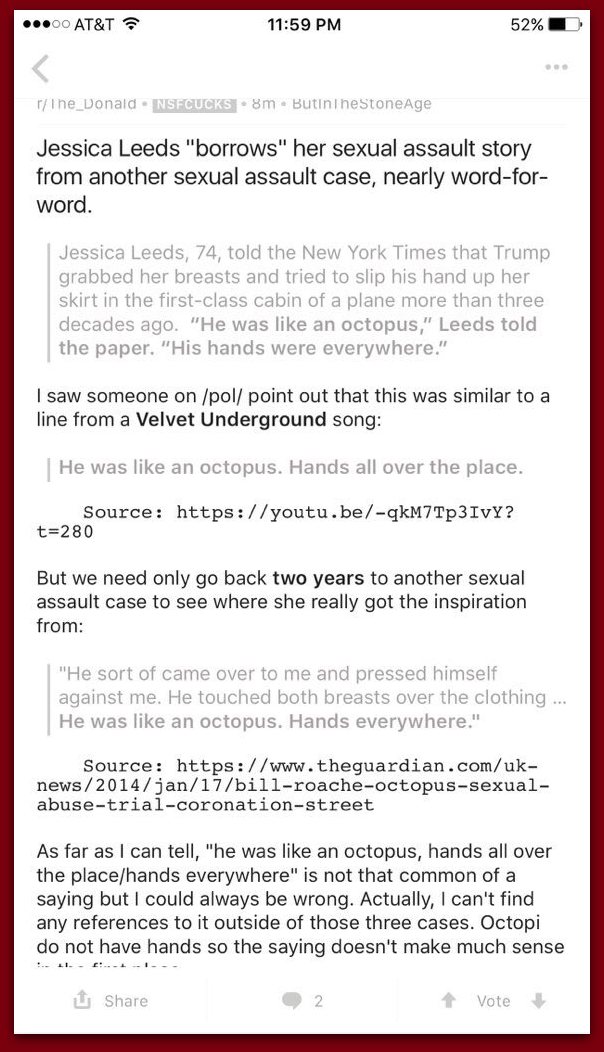 She took her story from a Velvet Underground song!

Whoa. “Like an octopus” line is from a song and previous famous news story. New blog from NYT is a hoax! pic.twitter.com/tjwn0fD2r9

Today’s story is another hoax!

Meanwhile Wikileaks continues to release documents that show NY Times reporters were in bed with the Hillary campaign. For some reason that didn’t make any splashy headlines in today’s paper.

“He was like an octopus” “His hands were all over the place”. This is from a Velvet underground song. https://t.co/Y01me2mSDM pic.twitter.com/UQ64nw6gbf