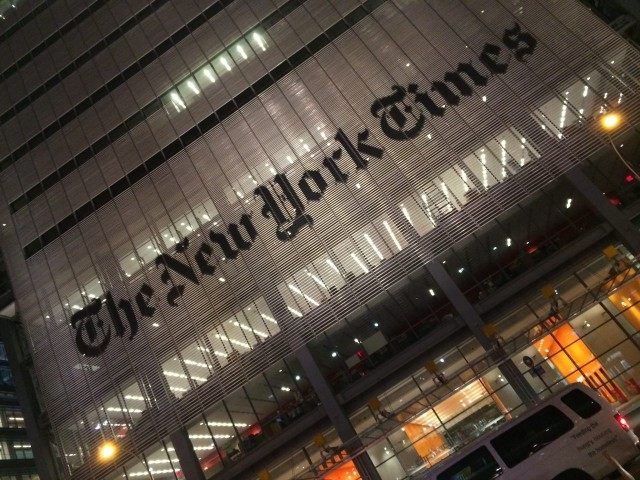 So if Hillary and The NY Times uses the tax code to not pay taxes it is ok? But if Trump does it, it means that he doesn’t care about the people his tax money would benefit?

The New York Times has excited the Clinton campaign and the rest of the media with a revelation that Republican nominee Donald Trump declared a $916 million loss in 1995 that might have resulted in him not paying taxes in some subsequent years.

The implication, reinforced by CNN’s Jake Tapper on State of the Union on Sunday morning, is that Trump “avoided” paying taxes, when in fact his tax liability was zero.

But the Times itself has “avoided” paying taxes — in 2014, for example.

As Forbes noted at the time:

… for tax year 2014, The New York Times paid no taxes and got an income tax refund of $3.5 million even though they had a pre-tax profit of $29.9 million in 2014. In other words, their post-tax profit was higher than their pre-tax profit. The explanation in their 2014 annual report is, “The effective tax rate for 2014 was favorably affected by approximately $21.1 million for the reversal of reserves for uncertain tax positions due to the lapse of applicable statutes of limitations.” If you don’t think it took fancy accountants and tax lawyers to make that happen, read the statement again.

New York Mayor Rudy Giuliani defended Trump on Sunday, telling NBC News’ Meet the Press that Trump was a “genius” in business who was simply doing what the tax code allows every American to do by counting losses against tax liabilities, and bouncing back from failure to success.

That would include the New York Times — which, however, is still struggling.

As Jazz Shaw of HotAir.com notes, the Times — or whoever was its source — likely obtained Trump’s tax document illegally.

In 2008, the confidential tax information of Joe “the Plumber” Wurzelbacher, who emerged as a critic of then-Sen. Barack Obama, was leaked illegally by an Ohio state official.